The 40-year-old bathroom needed an update. Not only was it dated, but a failure to properly install the shower 40 years ago caused lots of water damage that needed to be dealt with. 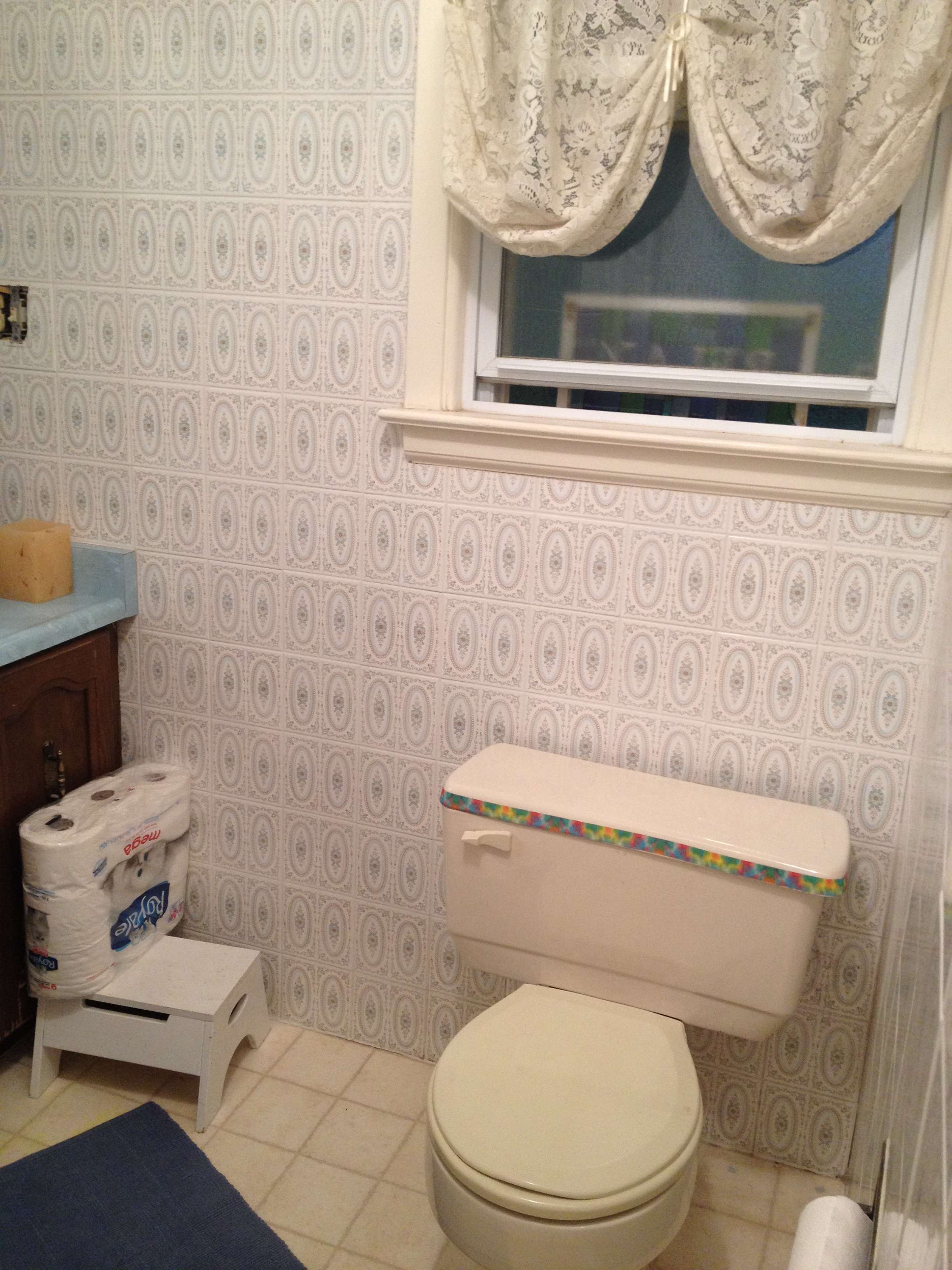 The original bathroom. Some might say it was a little dated… 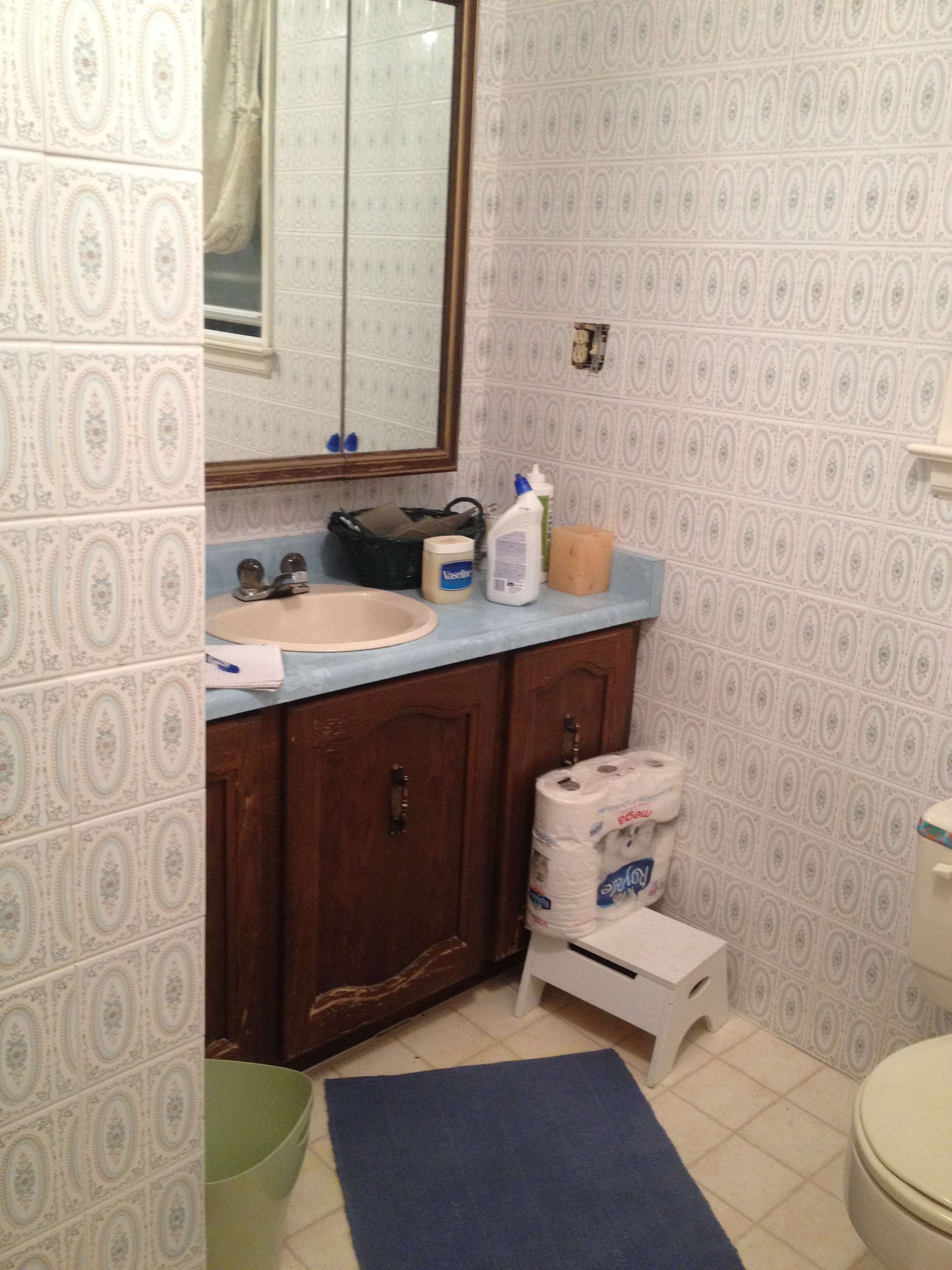 That’s a lot of tile. Once, that was probably considered really nice. Once. 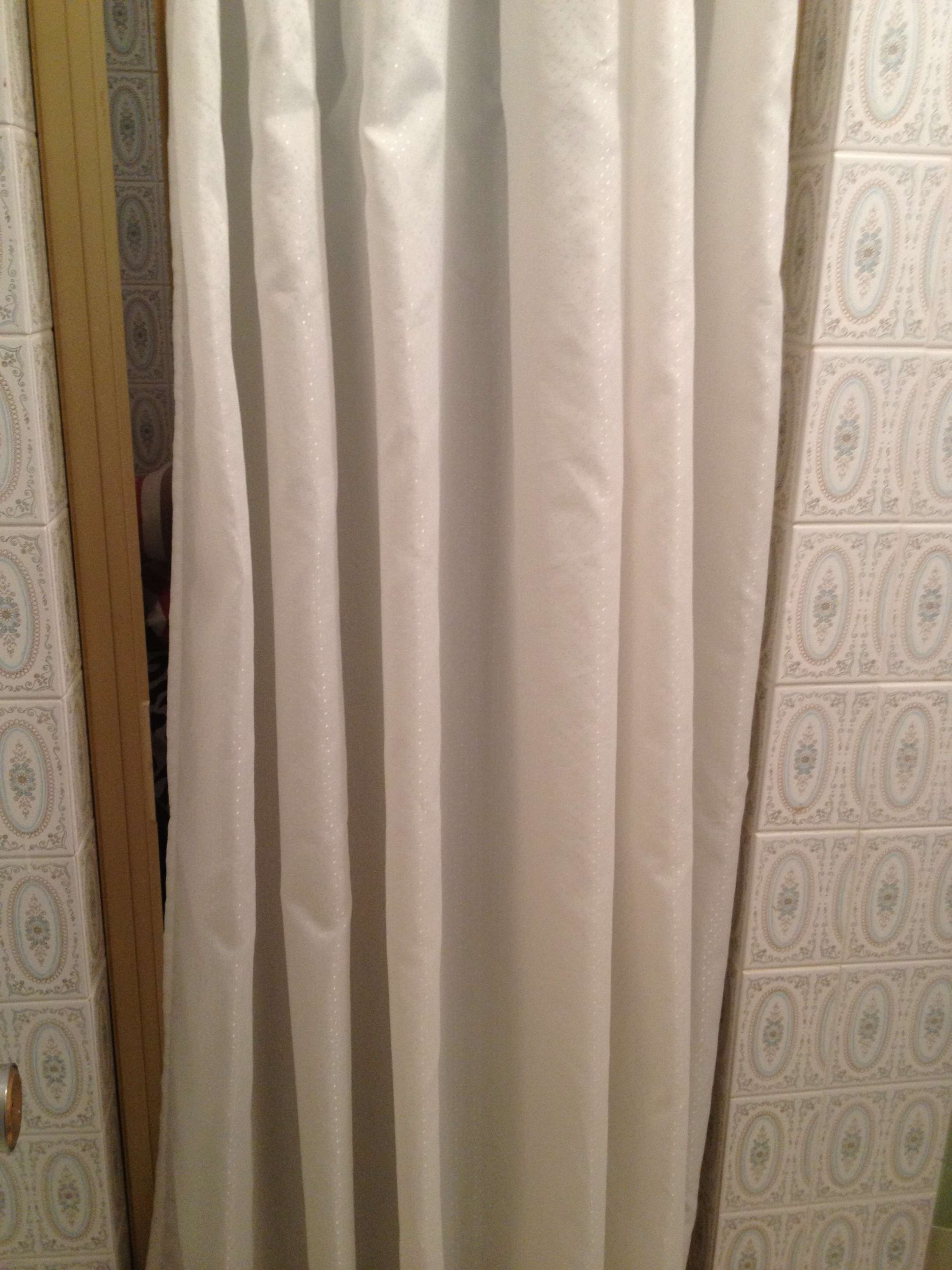 This is the original shower. While it was built like a bomb shelter (see following pics), it wasn’t built correctly, and there was a lot of water damage under the floor. 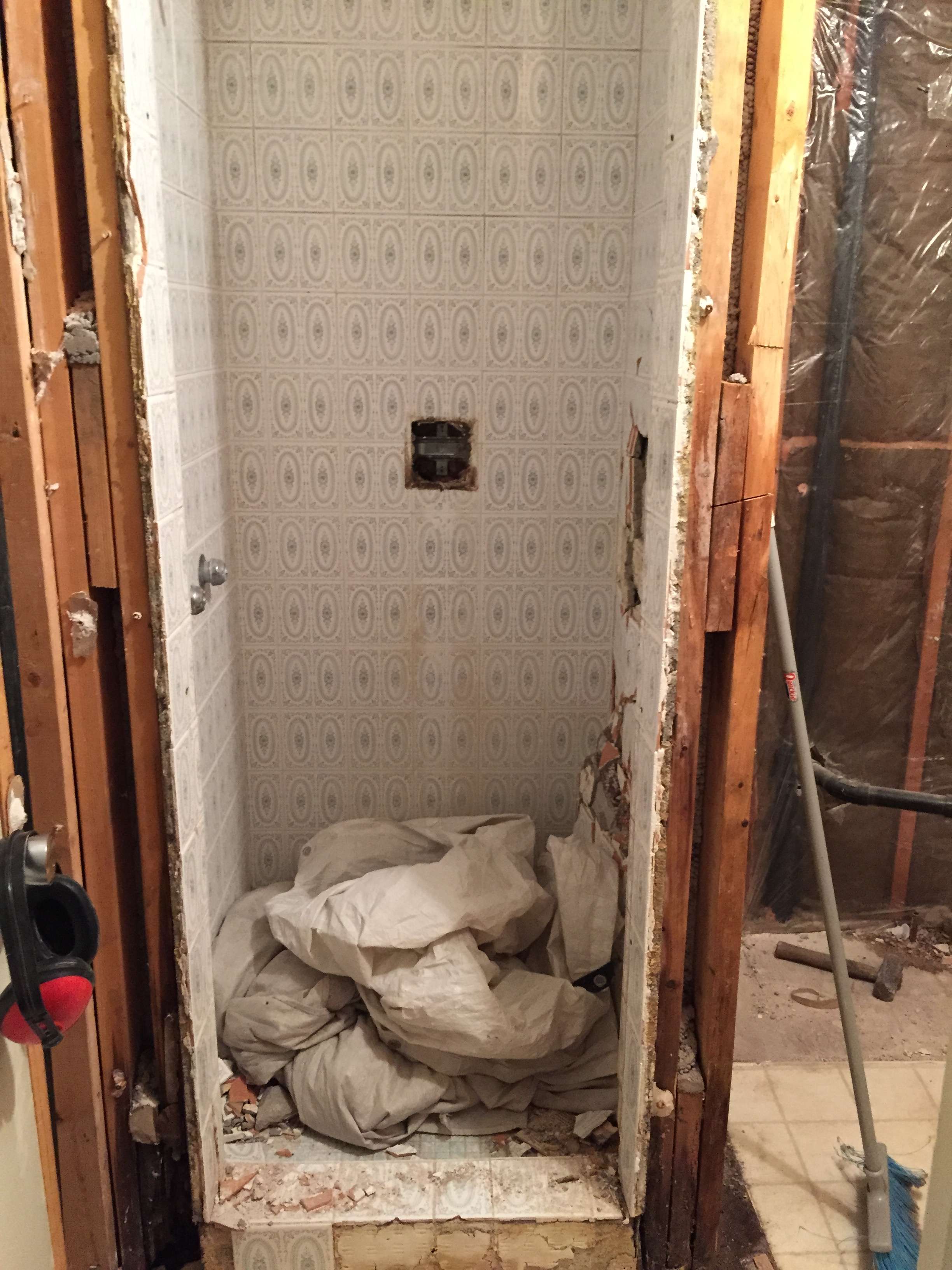 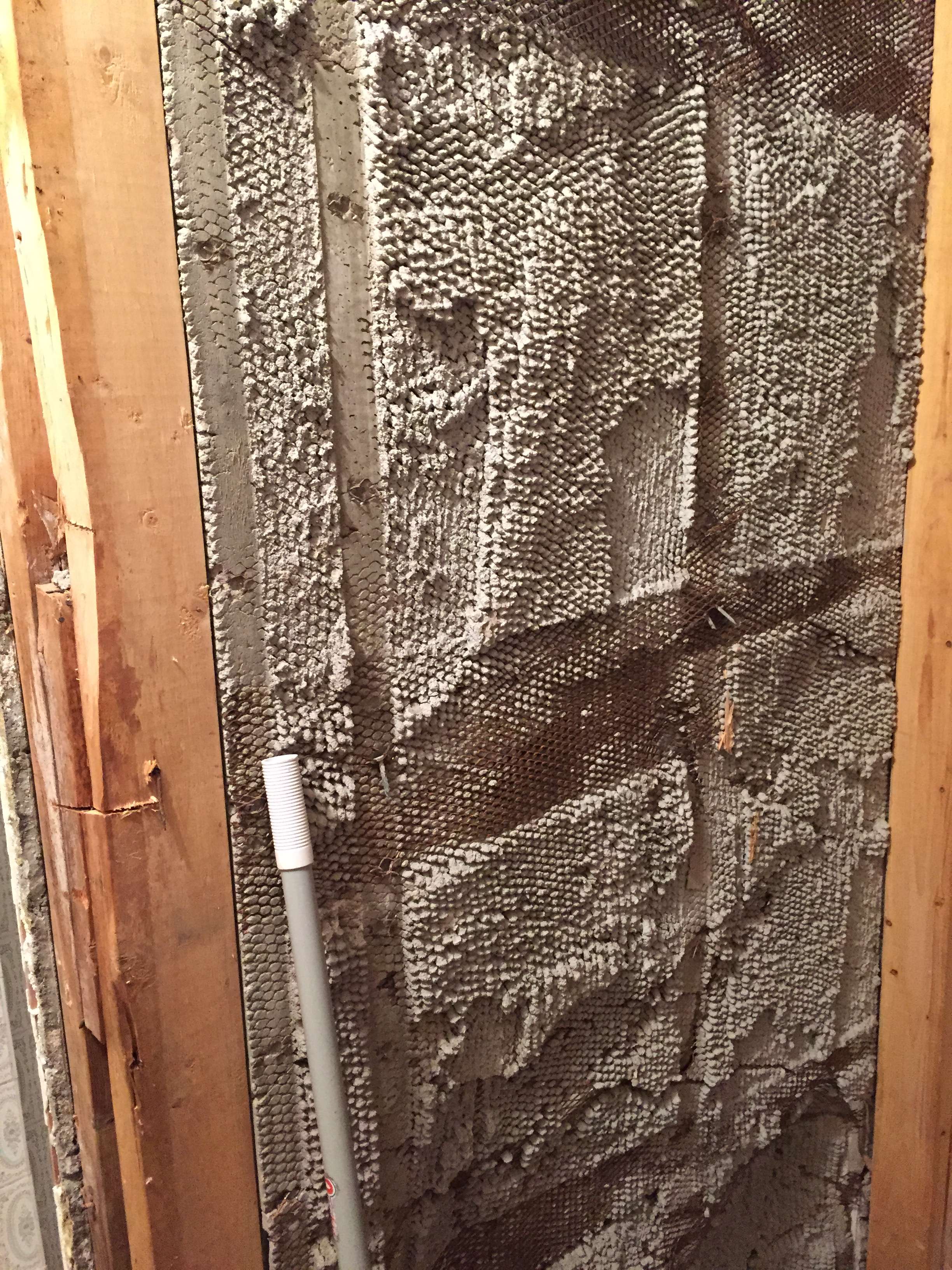 This is the backside of the shower. Even exposed, it took over a day to break it up with jack hammers, pry bars, and breaker bars. 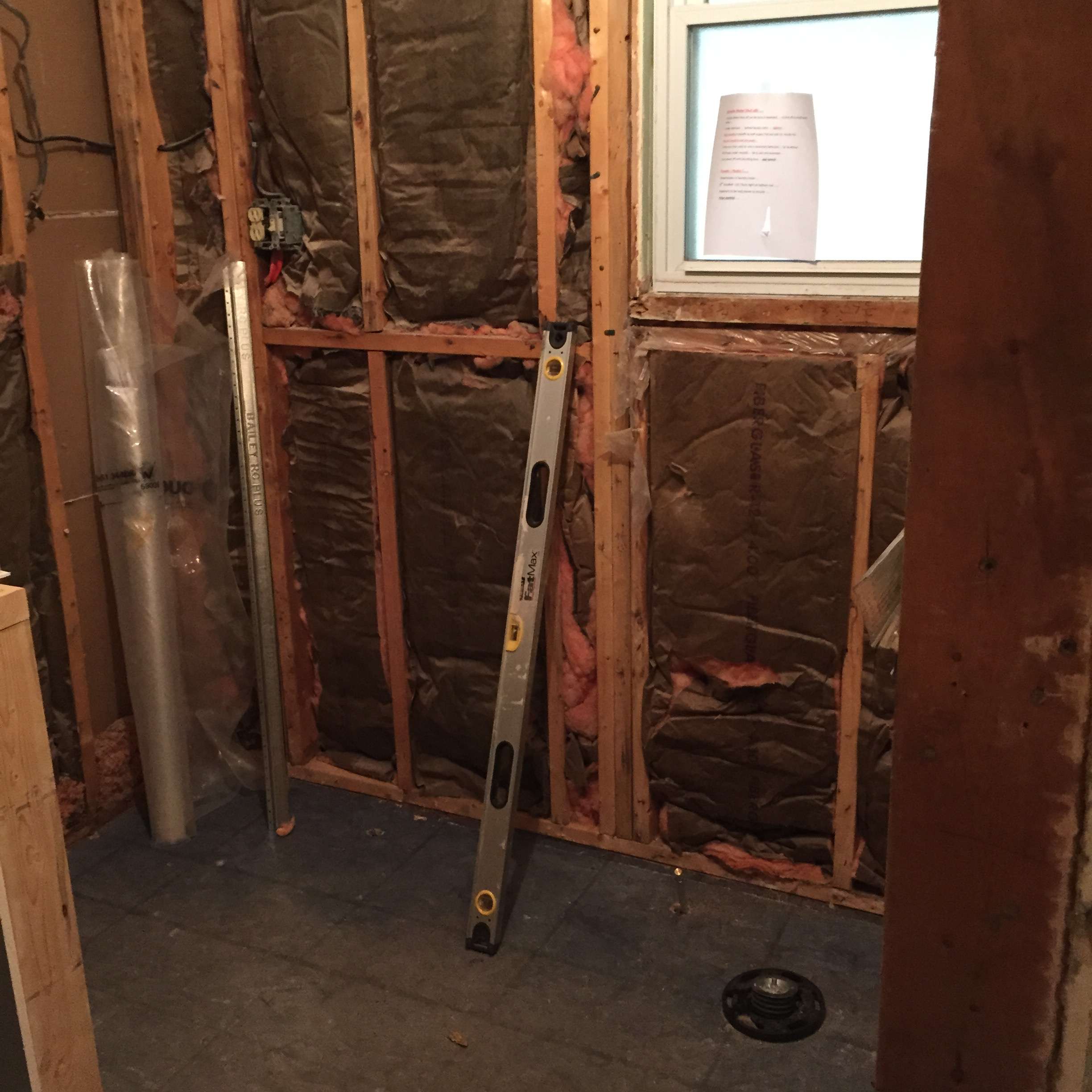 The room cleared out… 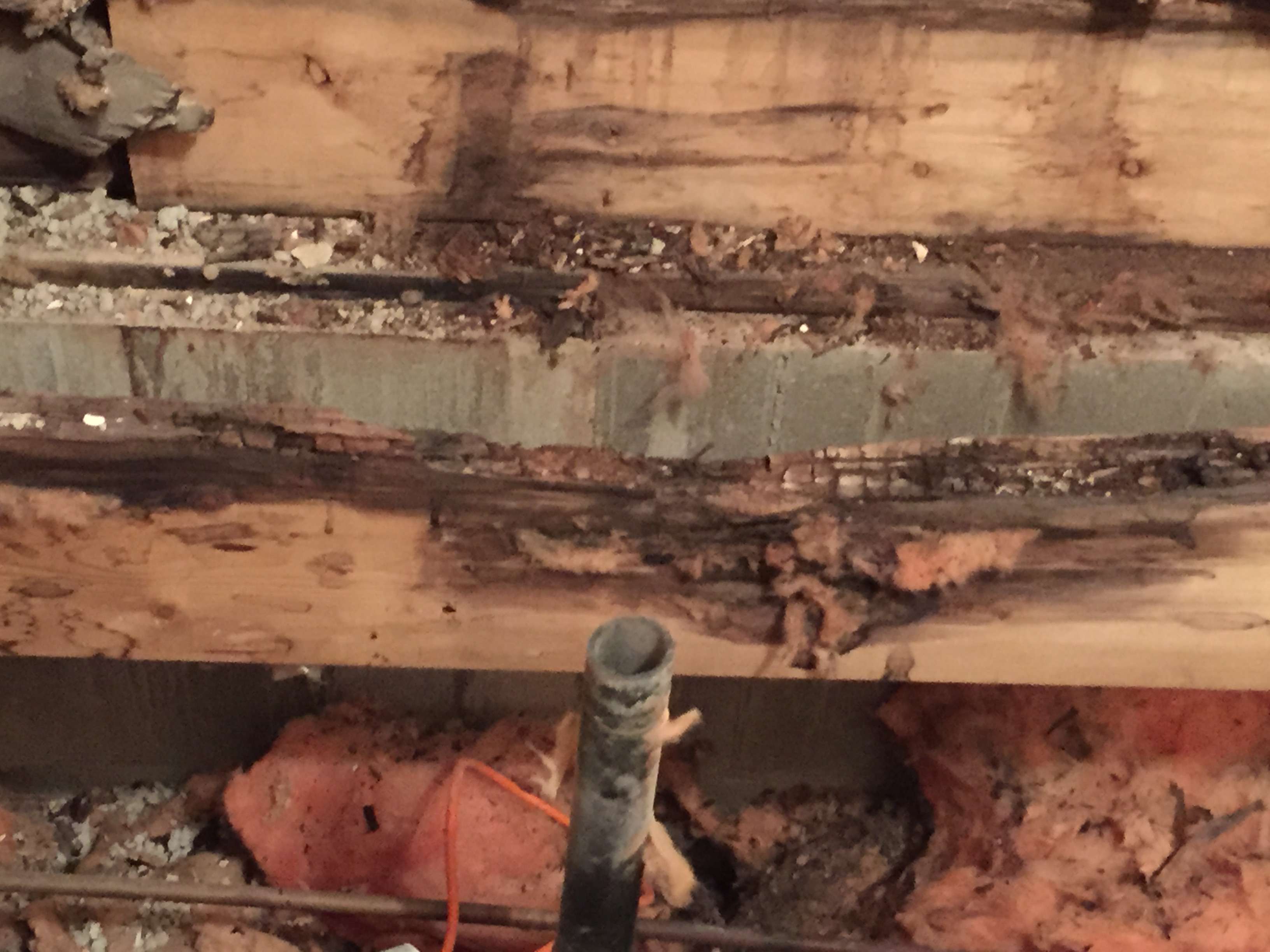 See what looks like burns? That’s water damage under the shower. 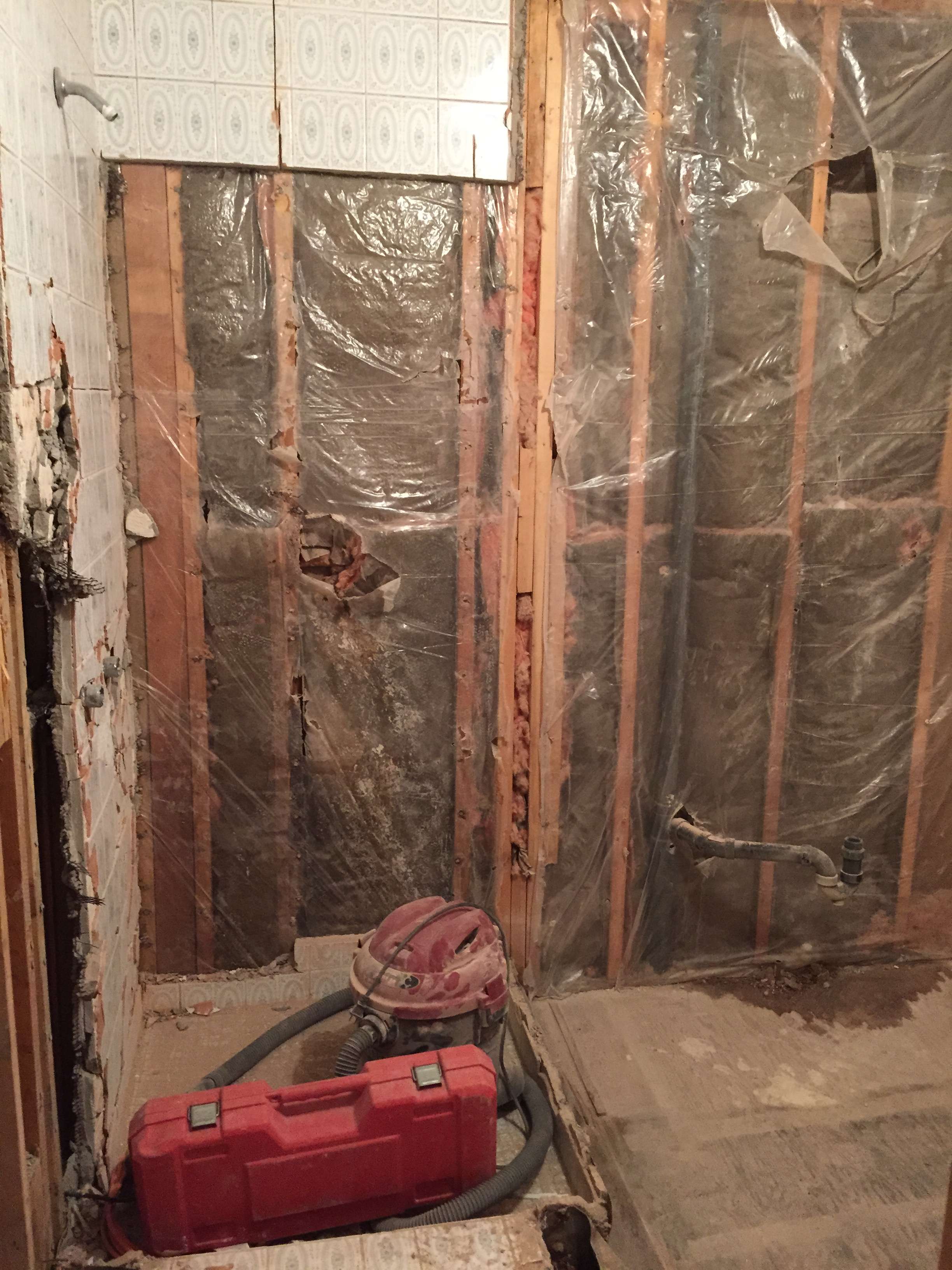 The old insulation (shown here) was removed and replaced with much more efficient Roxul. 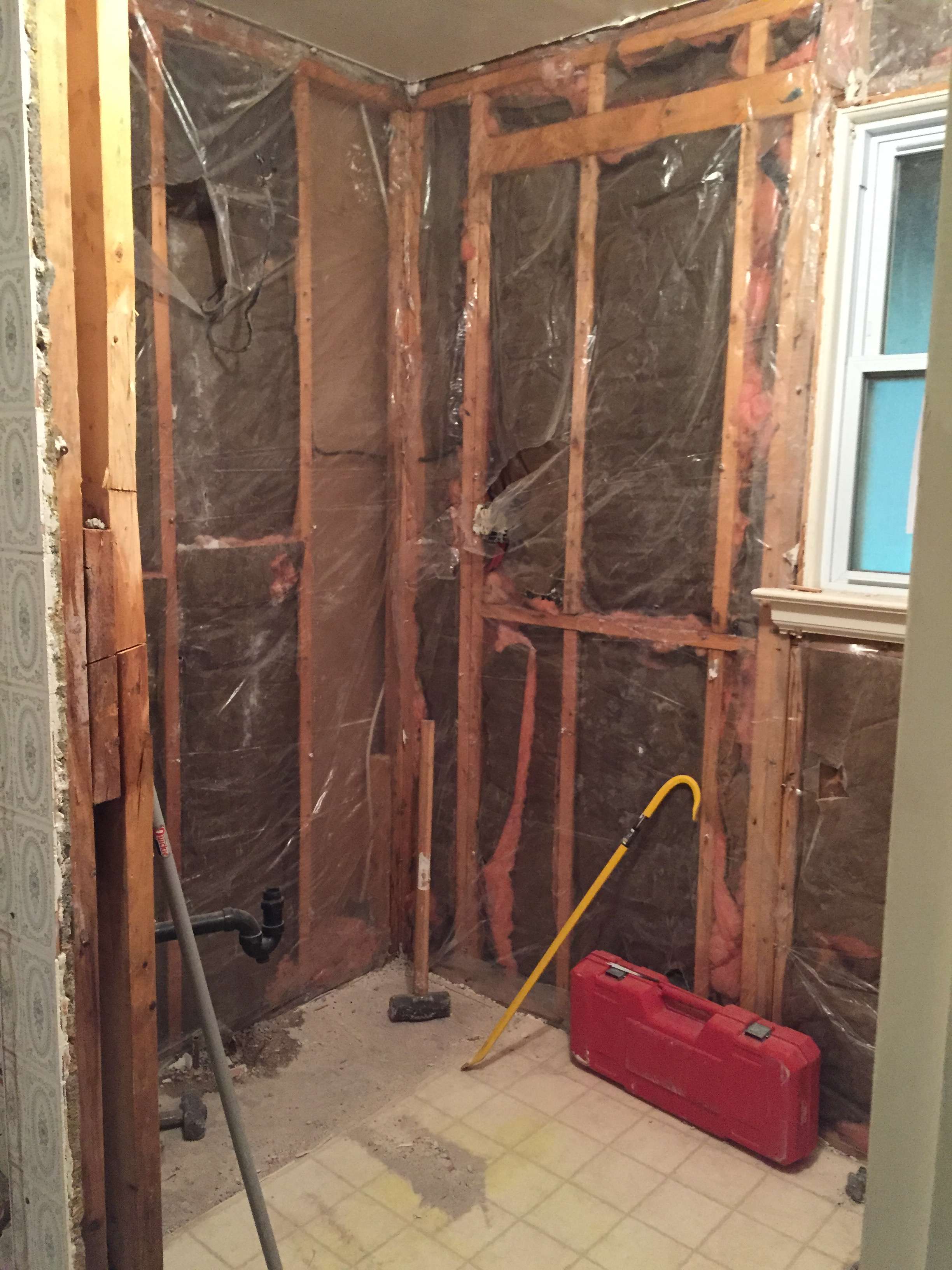 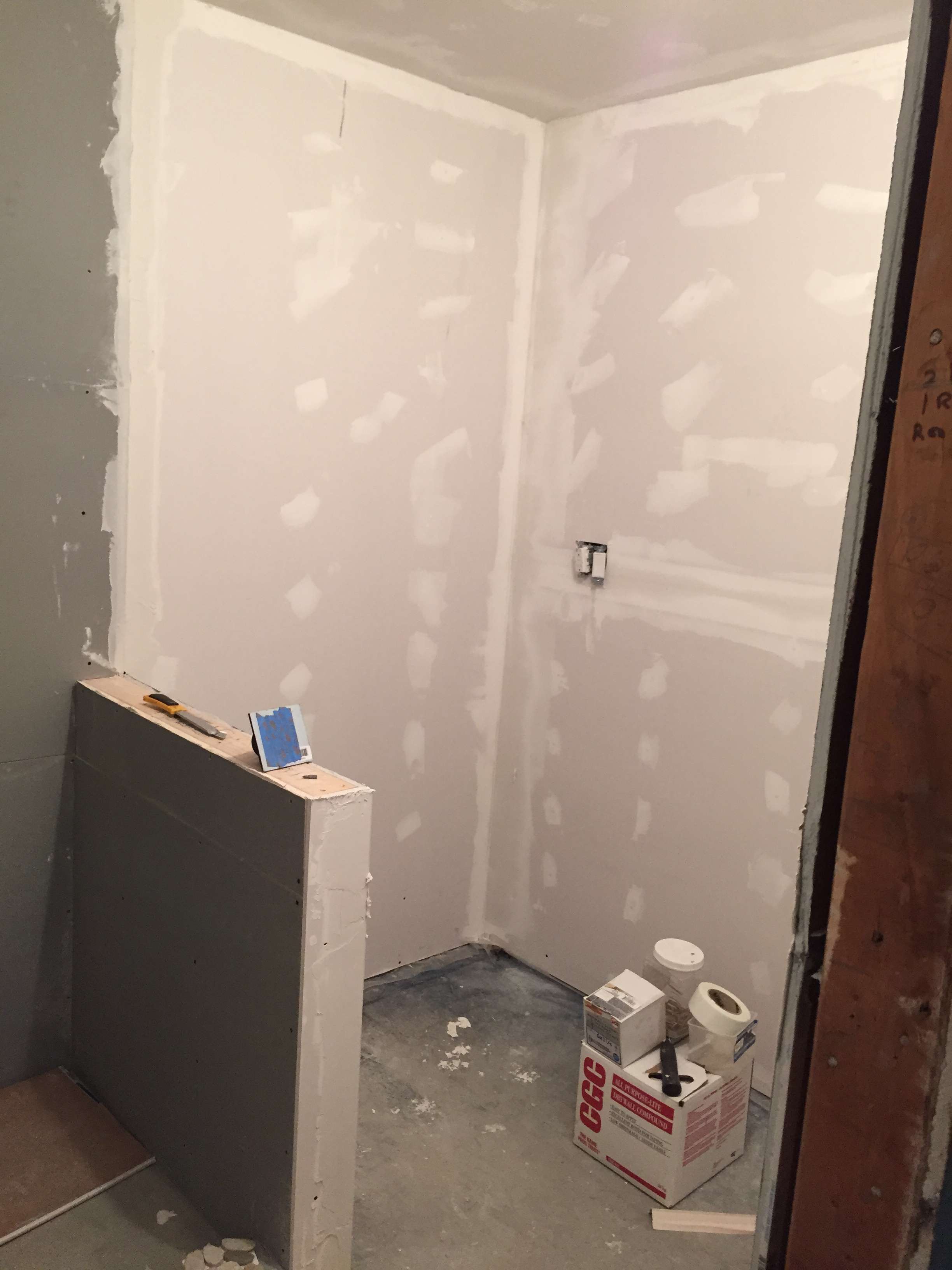 Finally, starting to put stuff back in. The drywall shown is an anti VOC drywall — it removes impurities even through primer and paint. 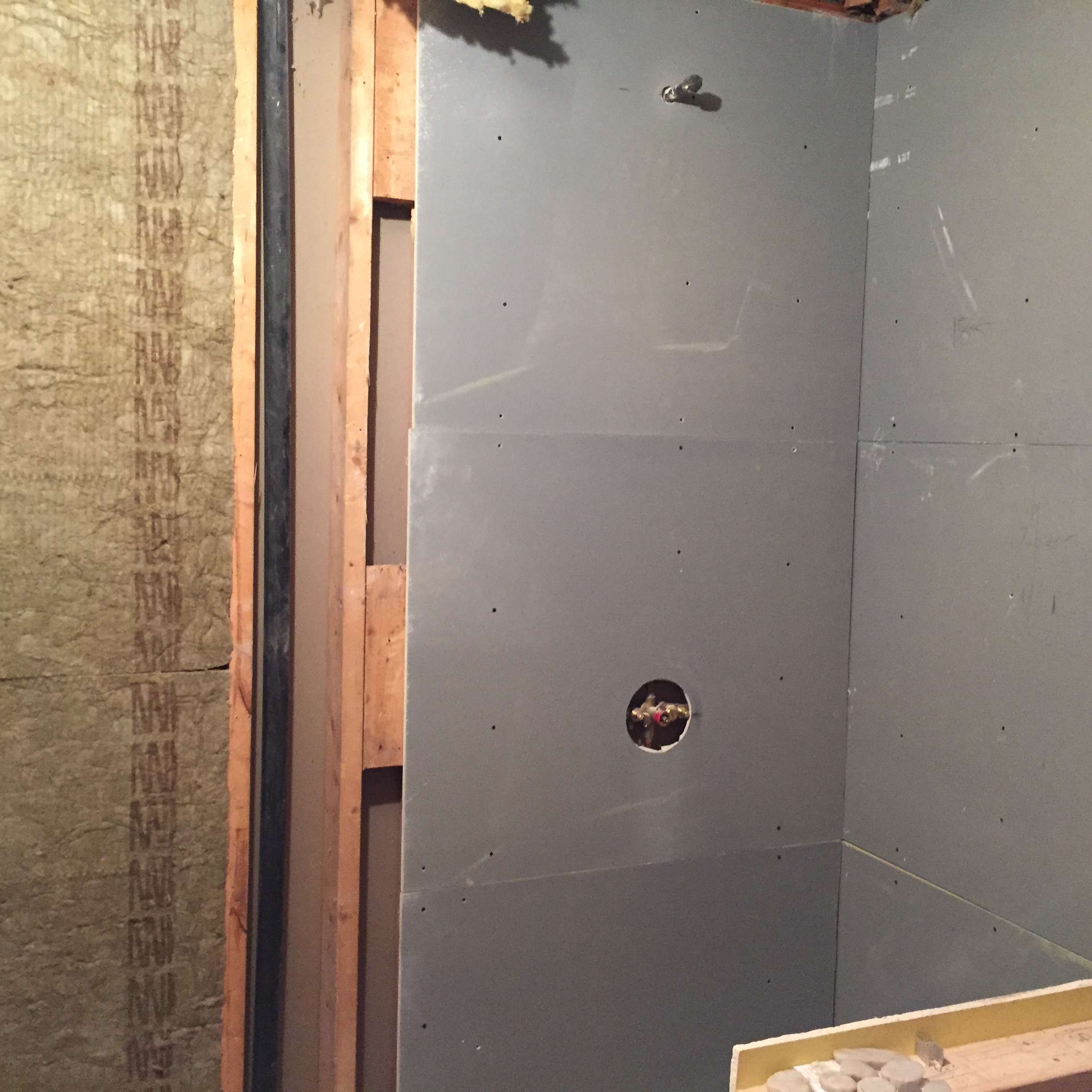 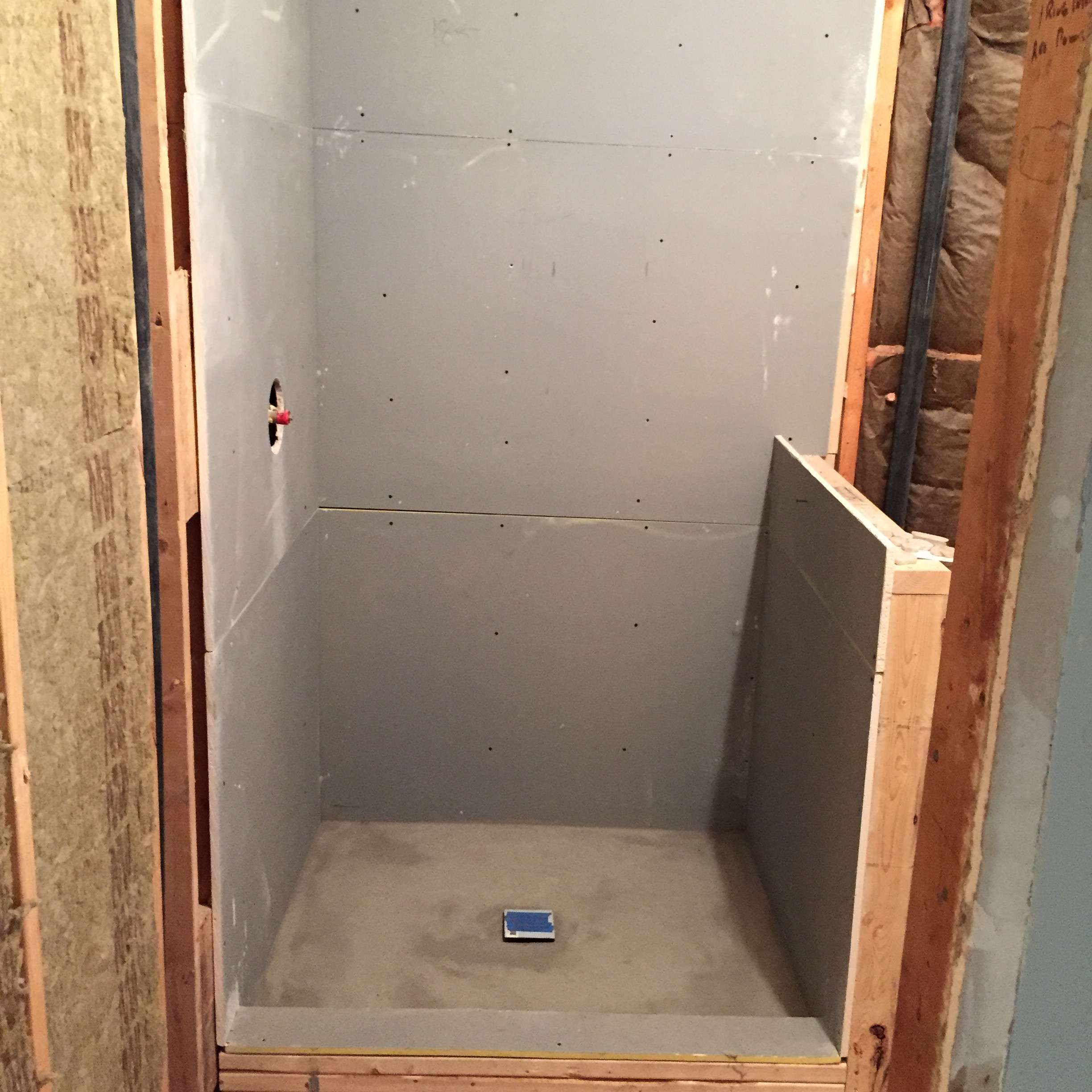 The custom shower base sloped to the drain. 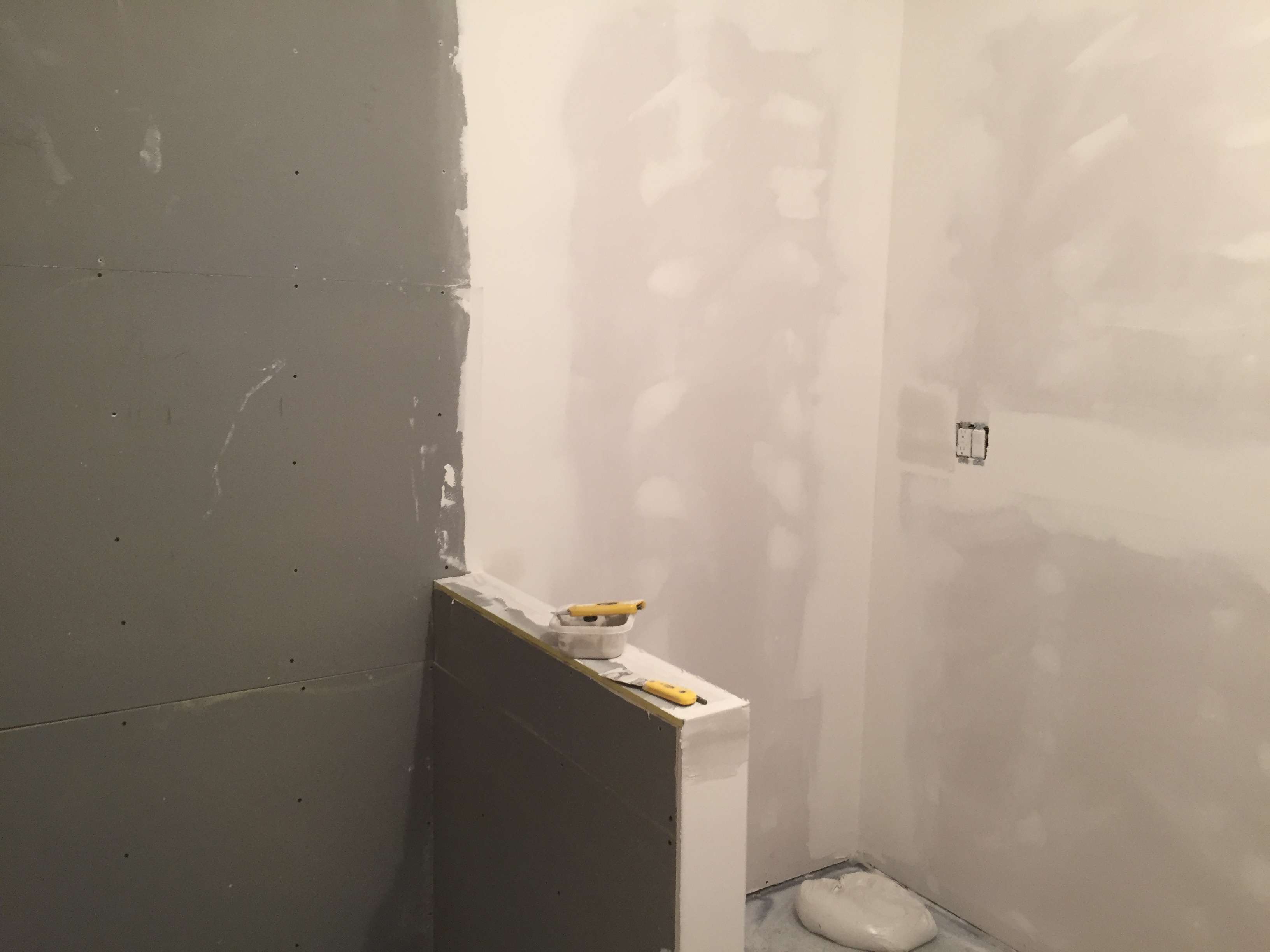 The denshield joints have been waterproofed. No leaking from this shower. 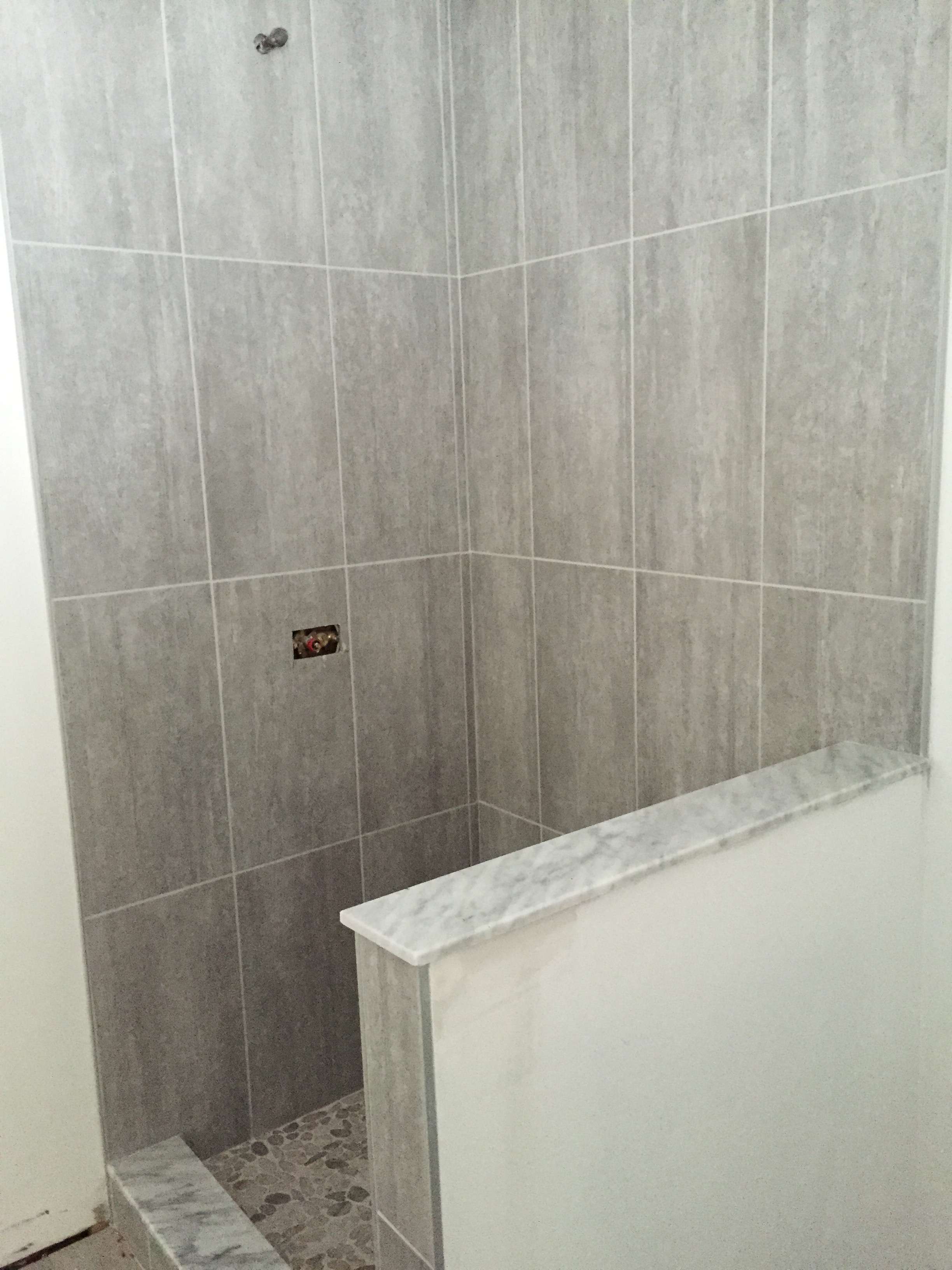 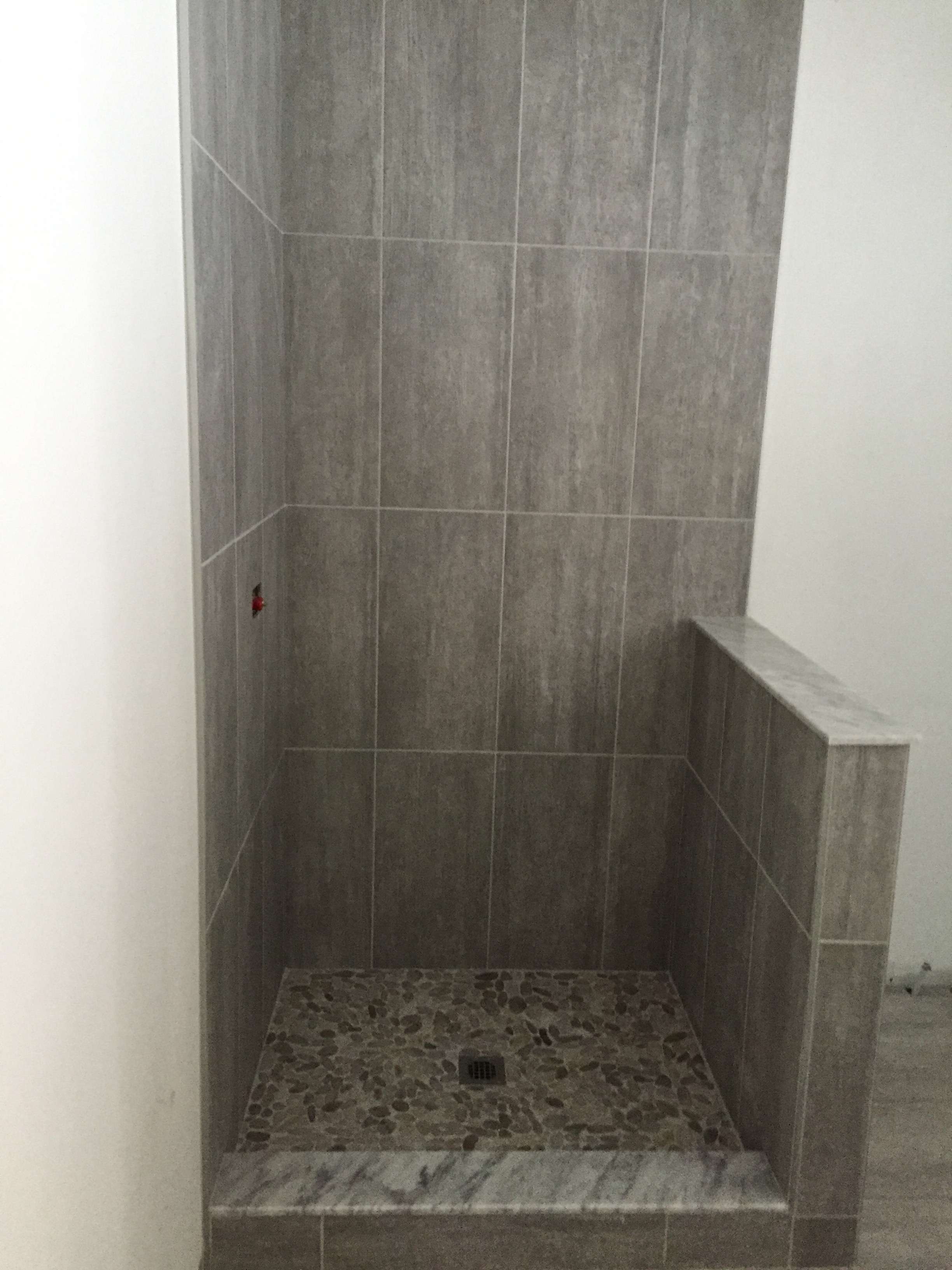 Another view of the shower with pebbled floor. 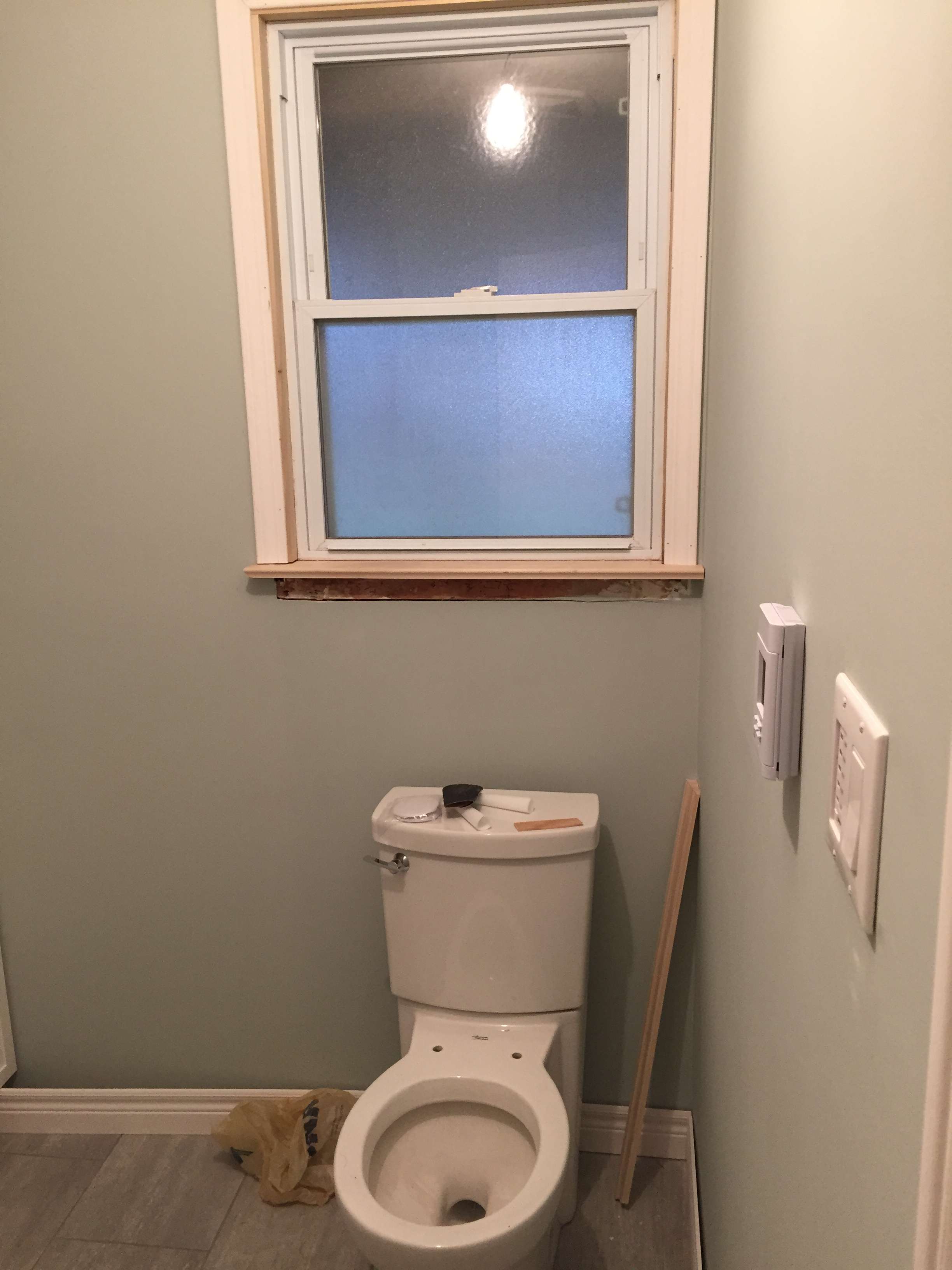 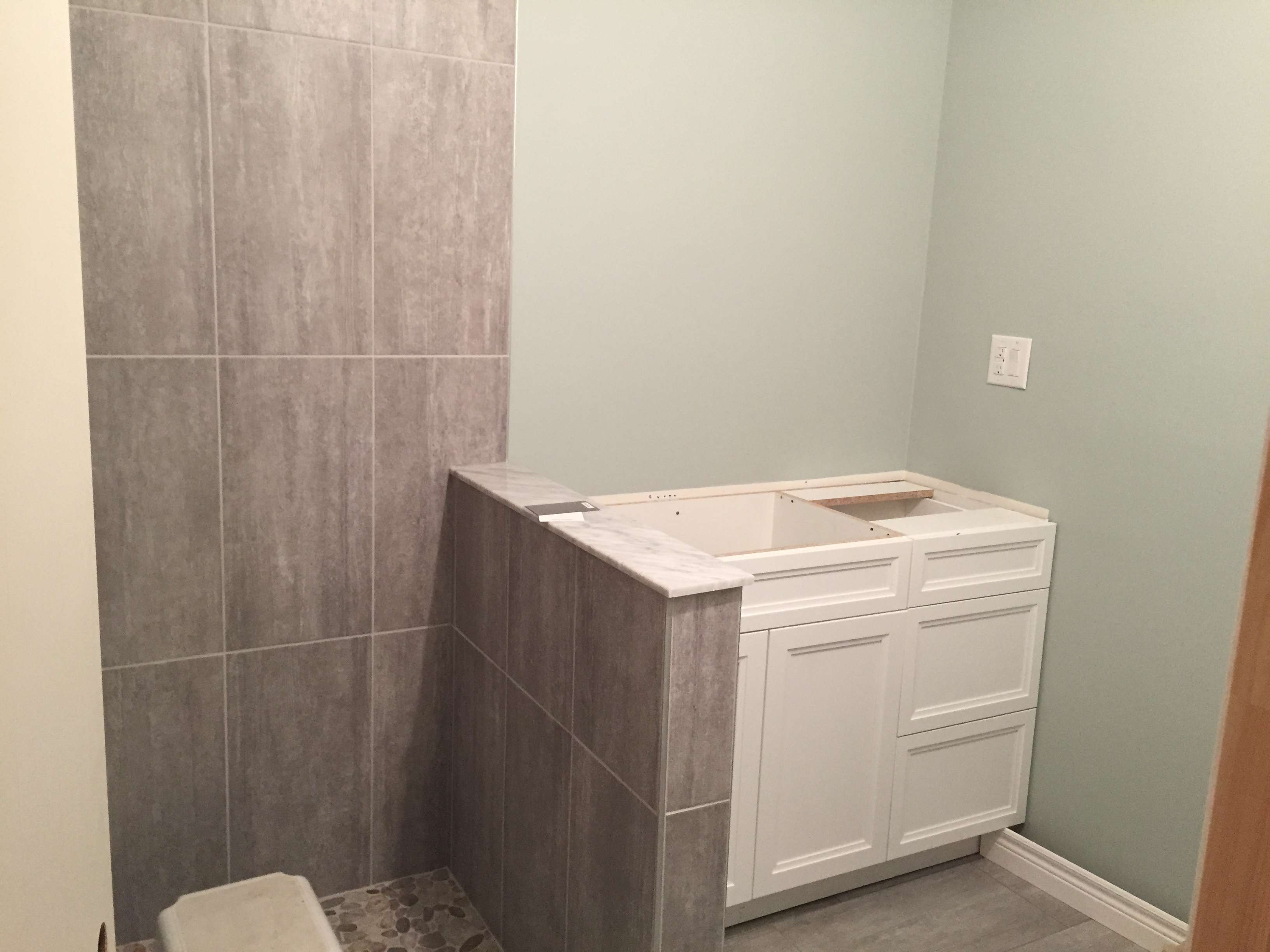 What you can’t see in the floor are the heating cables. This bathroom has a 7-day programmable thermostat so the floor is always nice and warm on the feet. 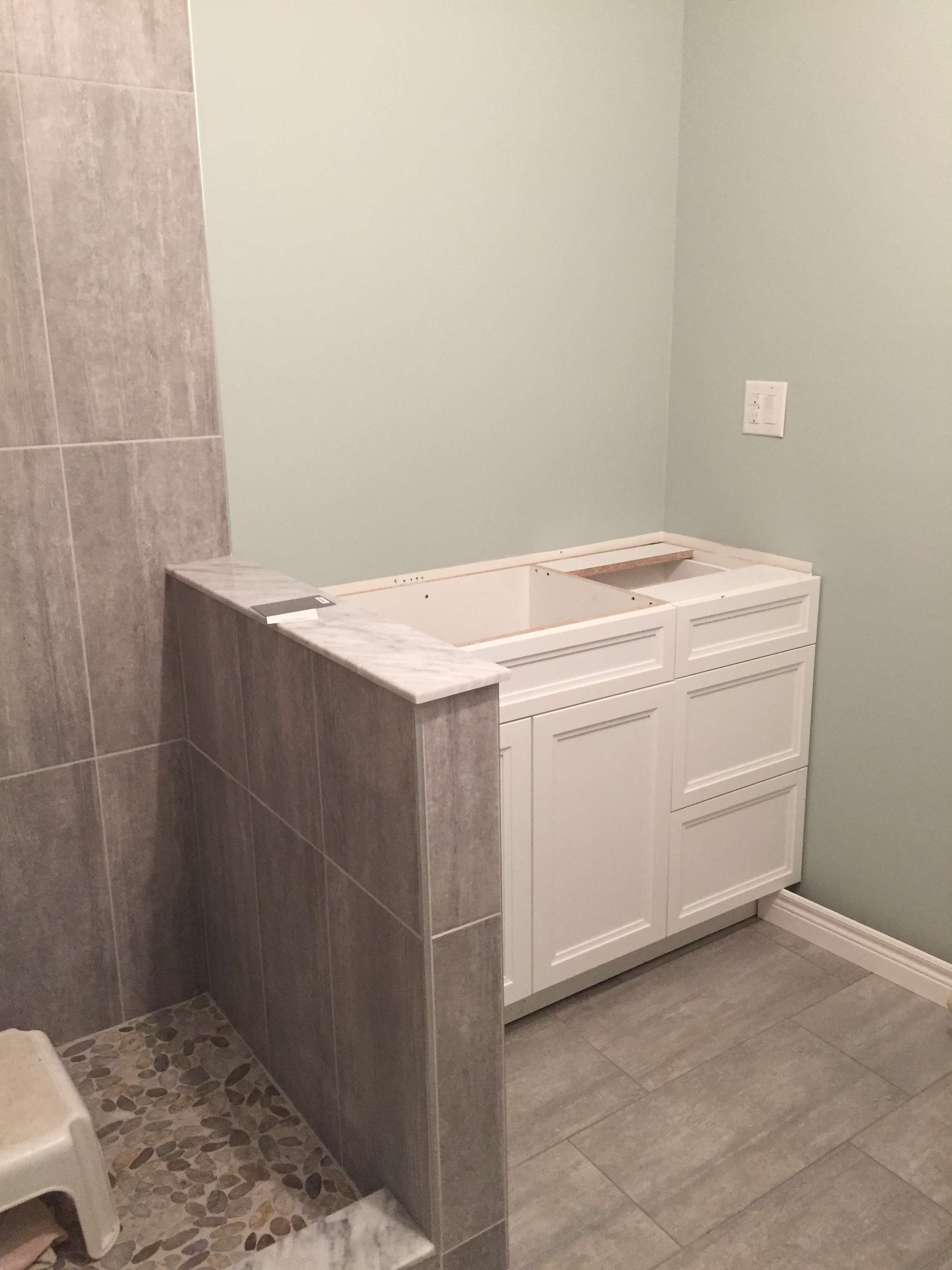 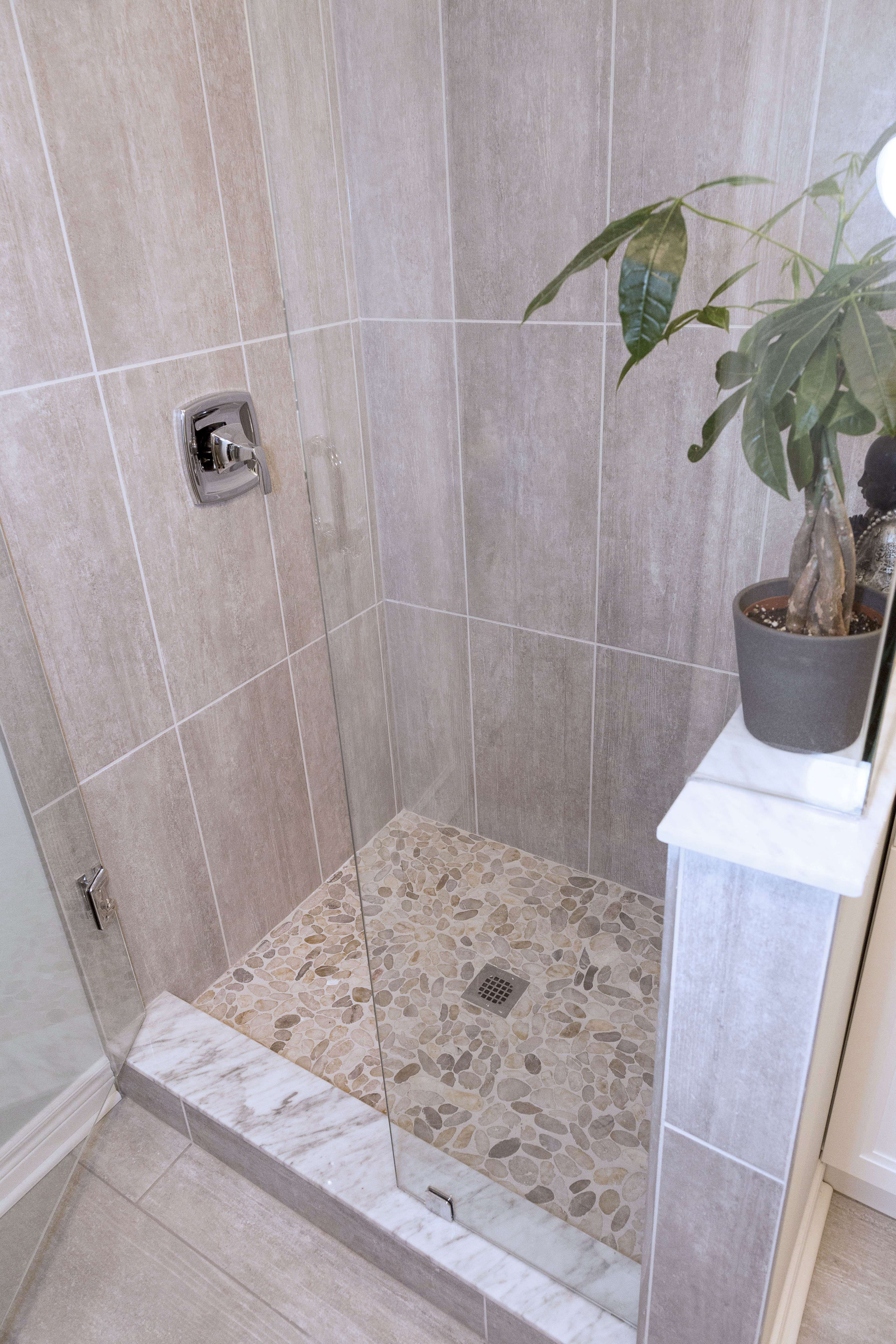 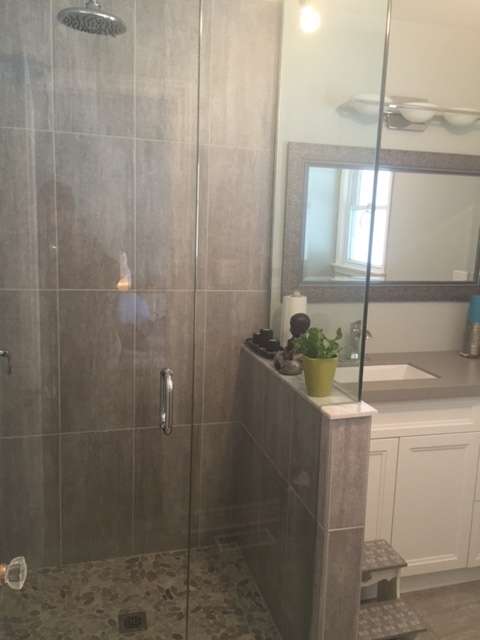 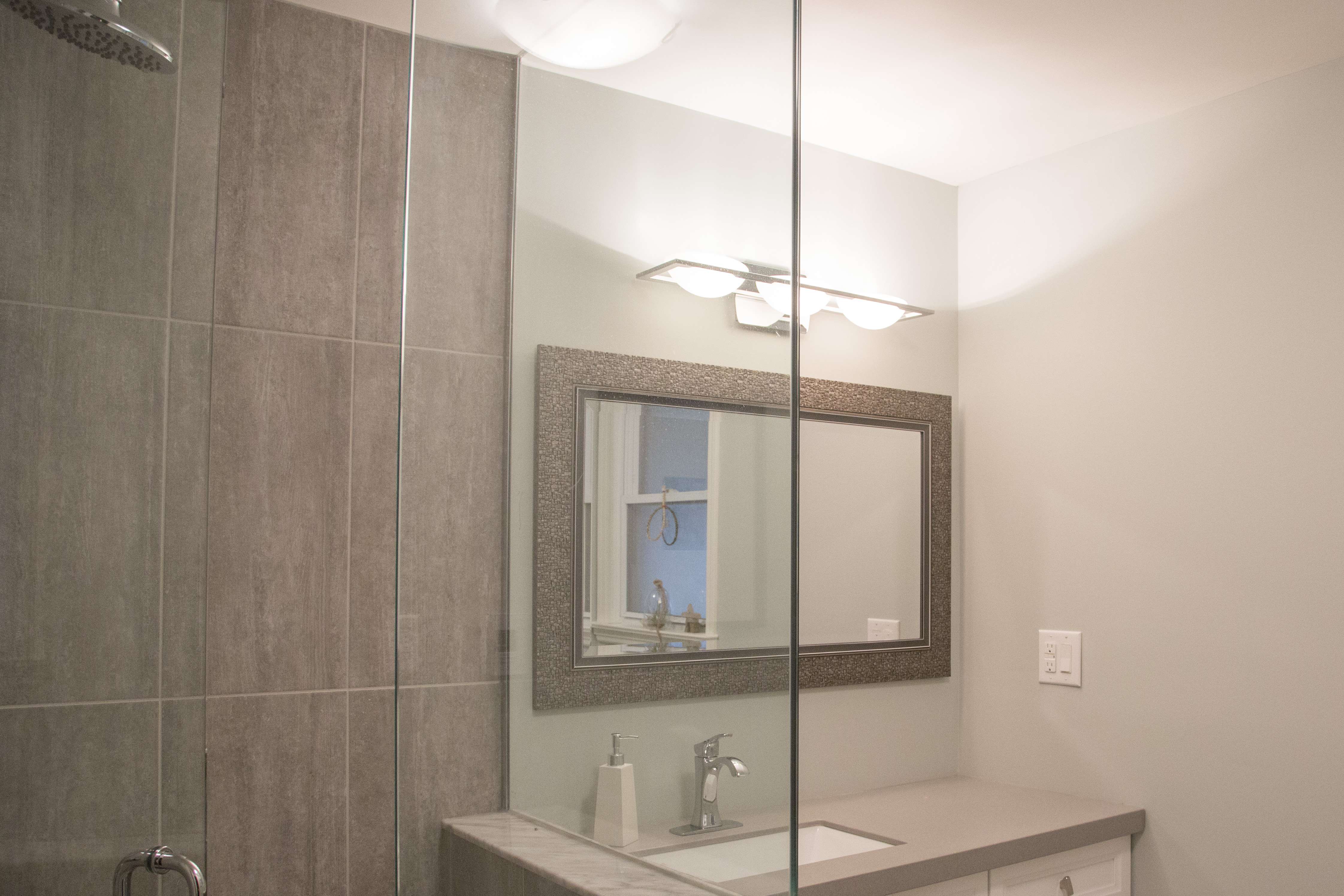 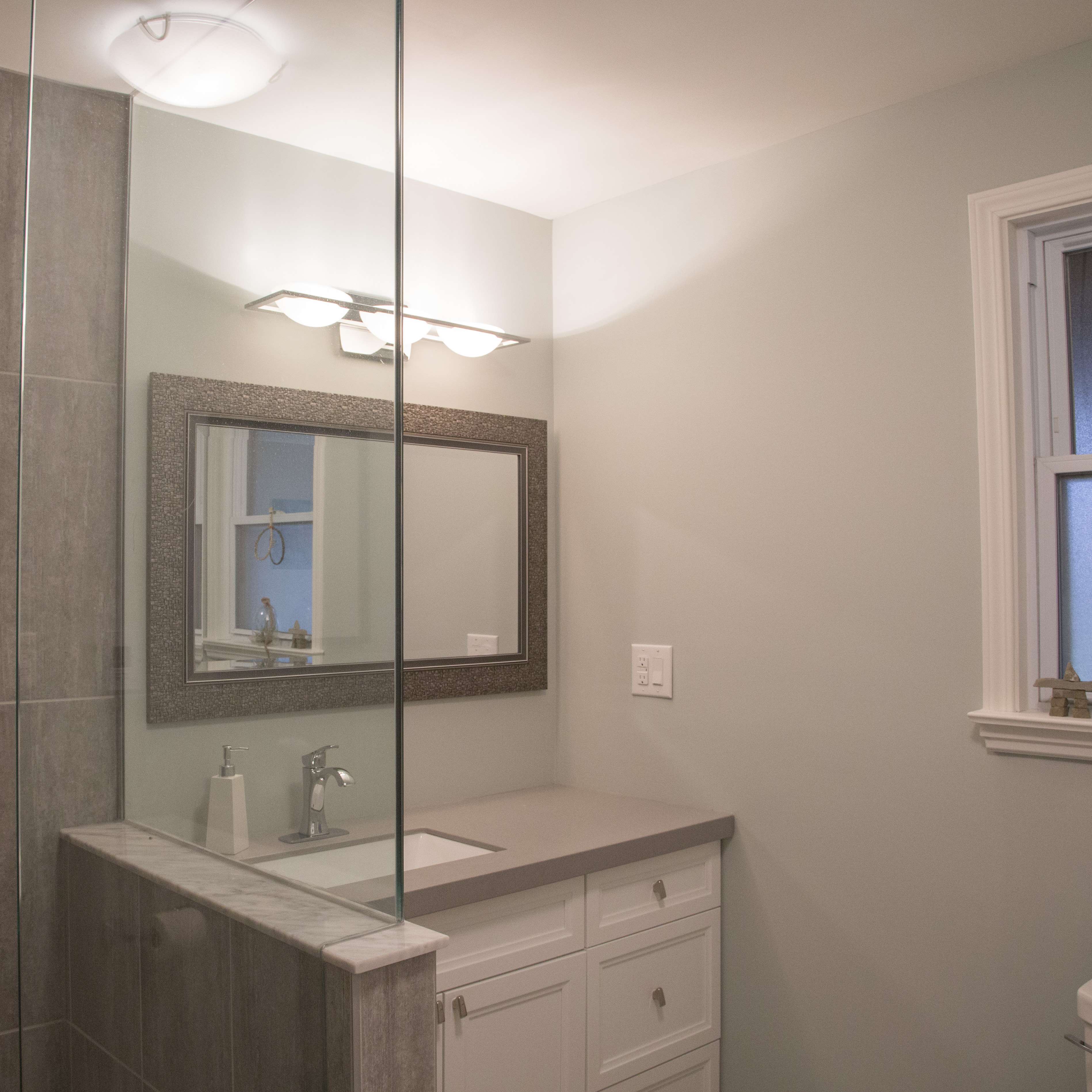 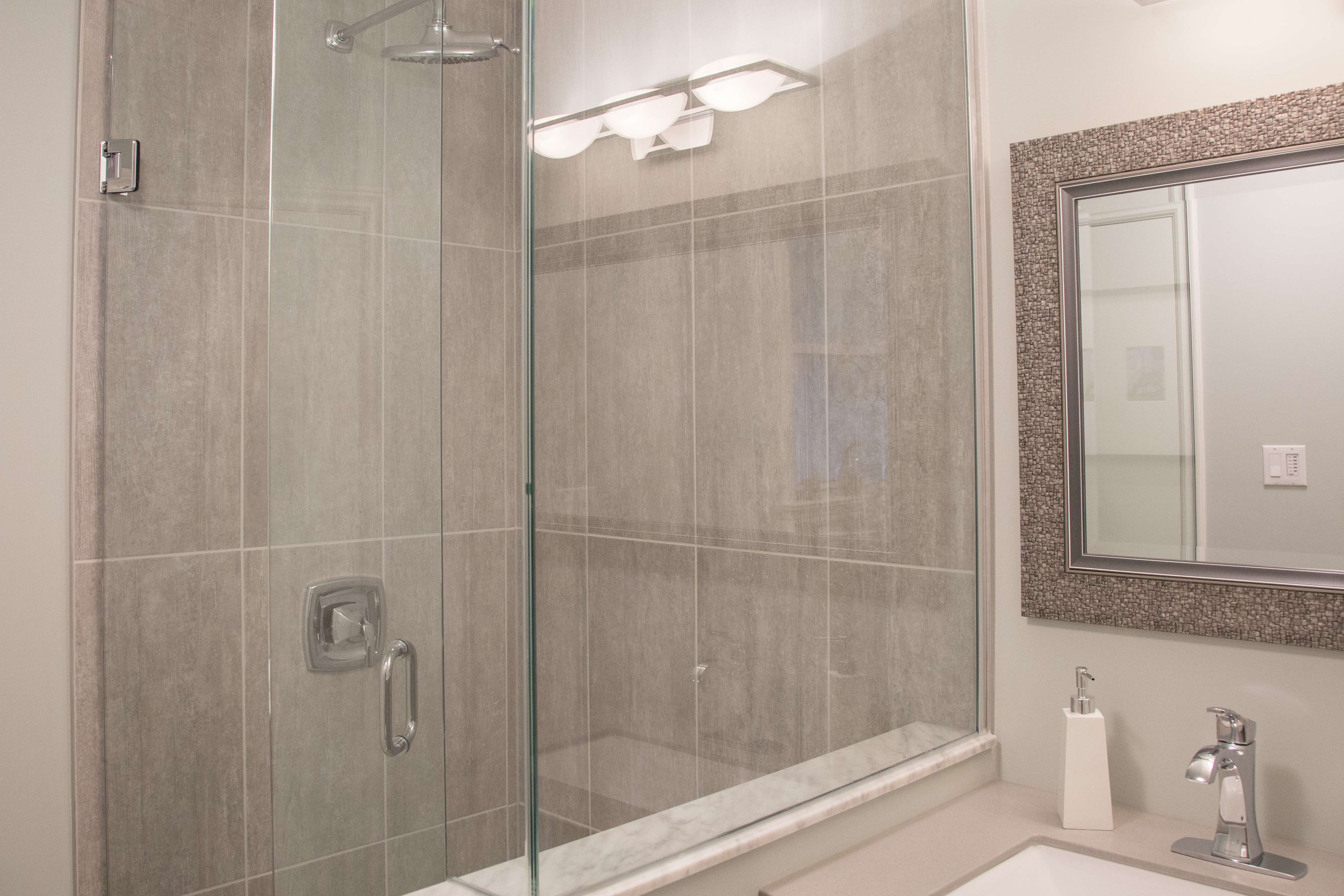