A typical Old South bathroom. By typical, I mean that nothing is typical! The layout was terrible, and the entire room was made with plywood rather than plaster or drywall. Several eras of renos had come and gone. 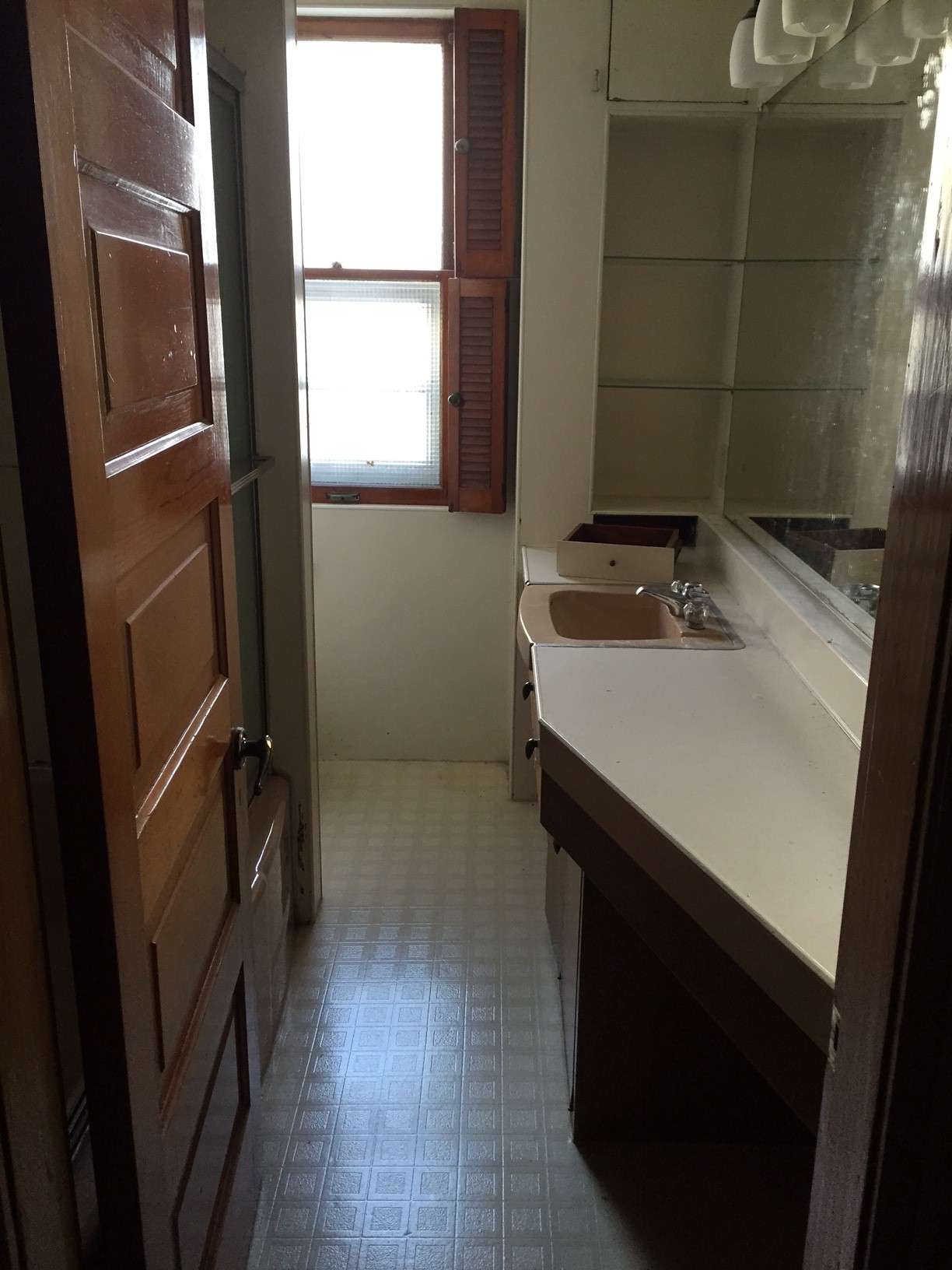 The tub is behind the door so accessibility was very poor. It’s not a large bathroom, but it’s also not as tiny as the layout makes it feel. It’s 6×8. Everything in it is old…which as I’ve said many times: just because it’s old doesn’t mean it’s good. 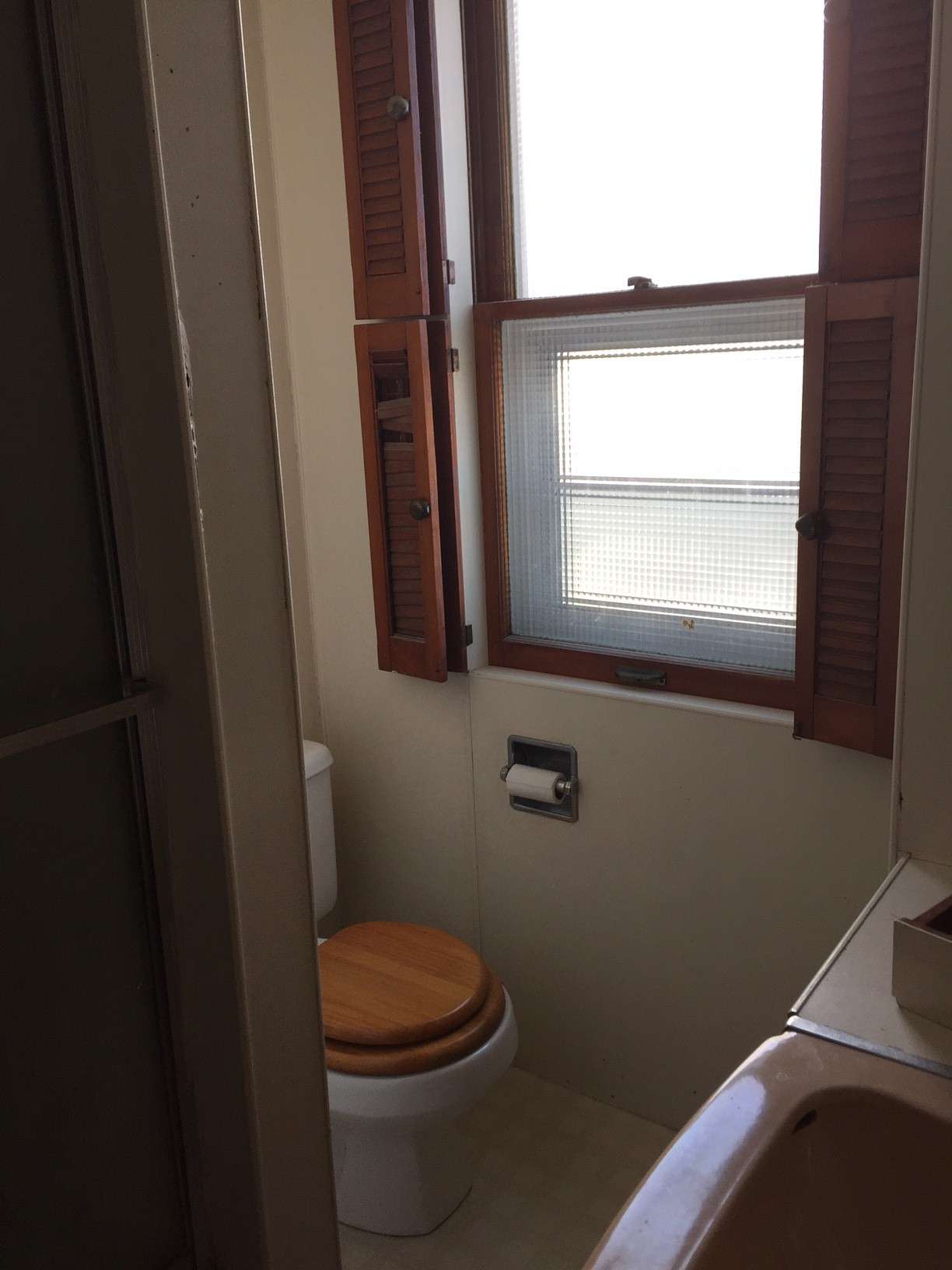 The wall by the tub also impedes light. The window is hardly air tight, the plumbing is out dated, the sink (you can barely see in the bottom right) is pink, old, and beat up. And the vinyl floor (over three other vinyl floors) is peeling. 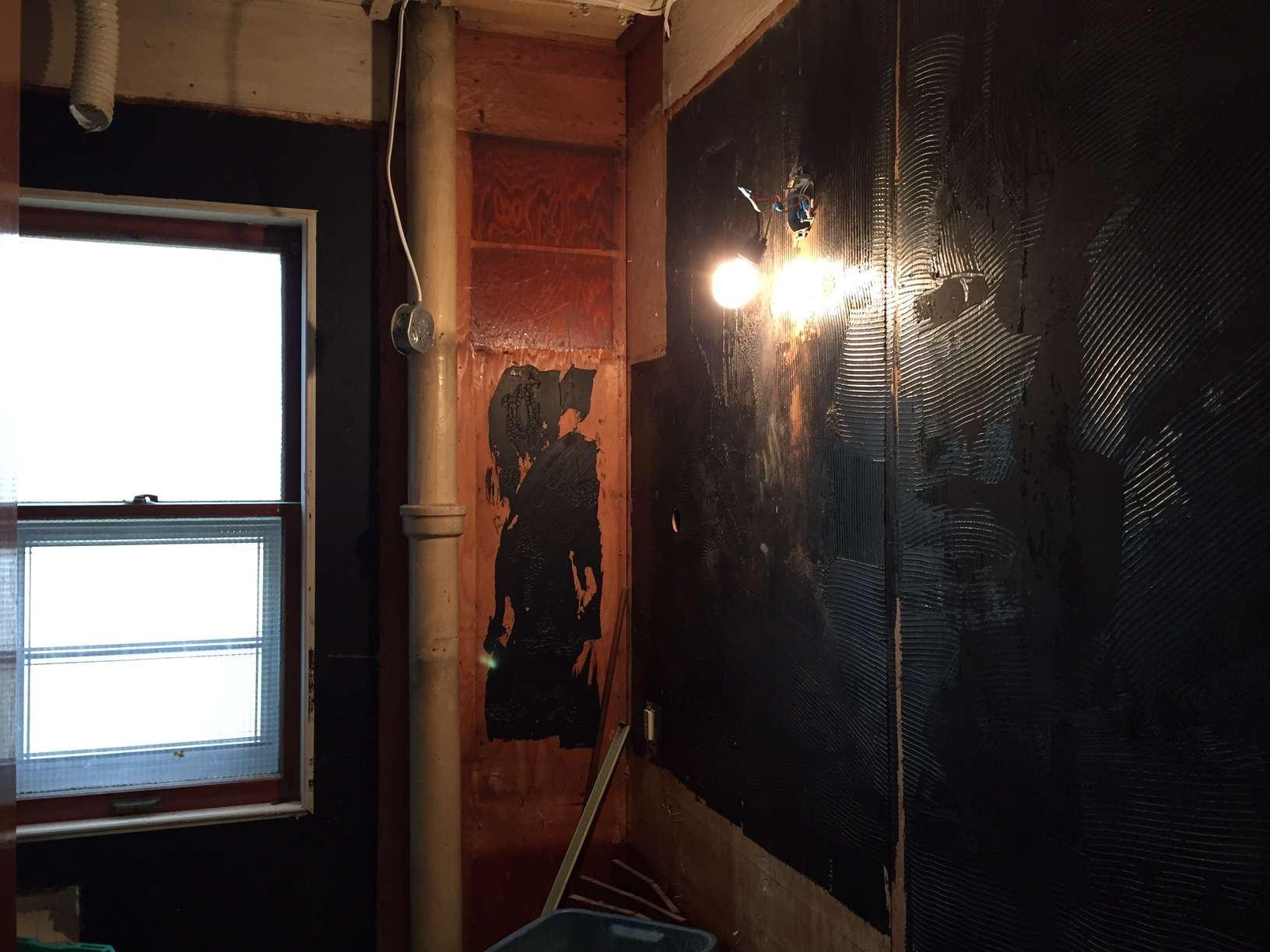 The first layer of plywood is removed revealing…more plywood. 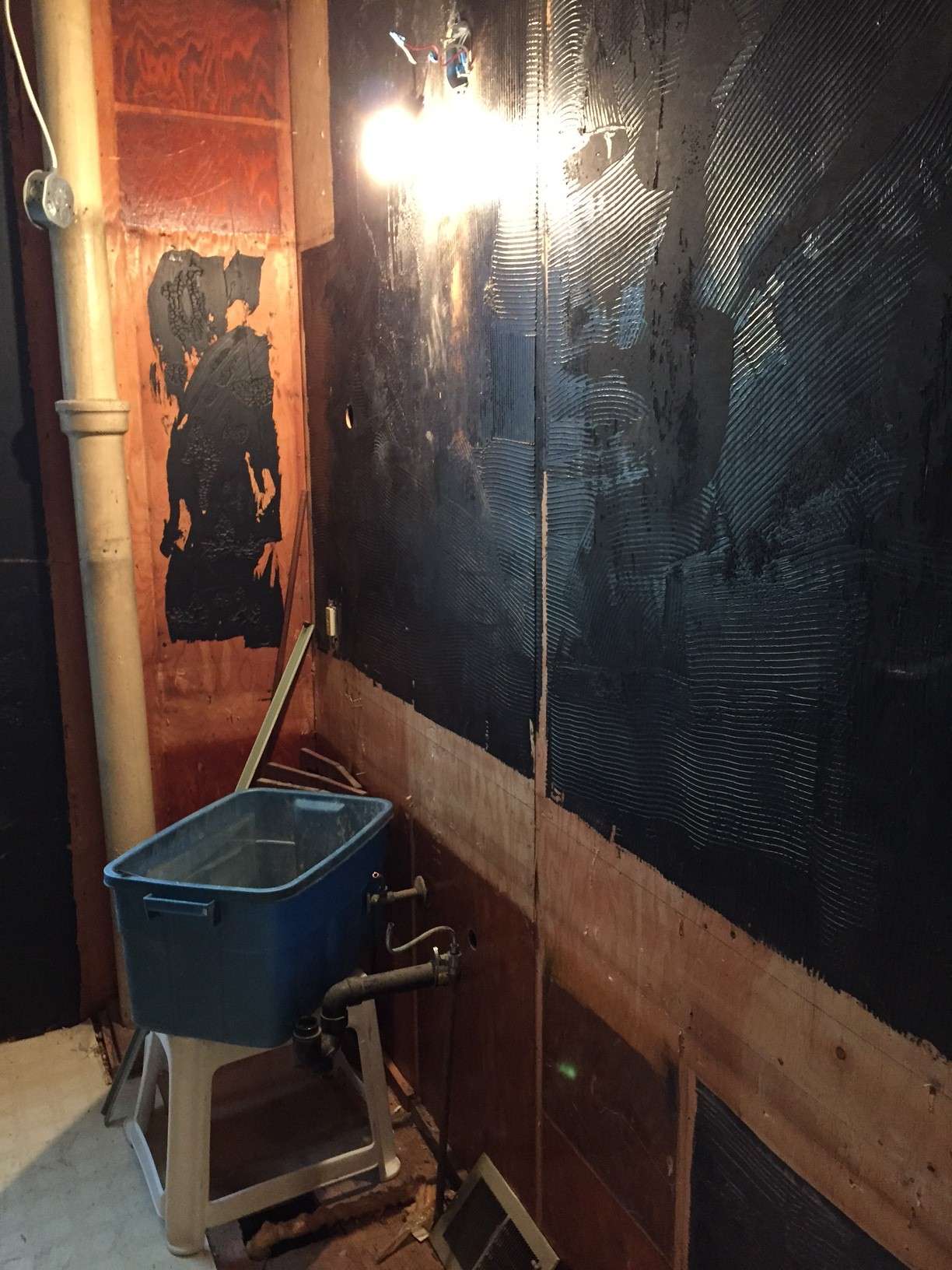 Even the shower was covered in plywood. Wood rot and mold. For once, it wasn’t dusty. But that plywood was tough to get off the studs. 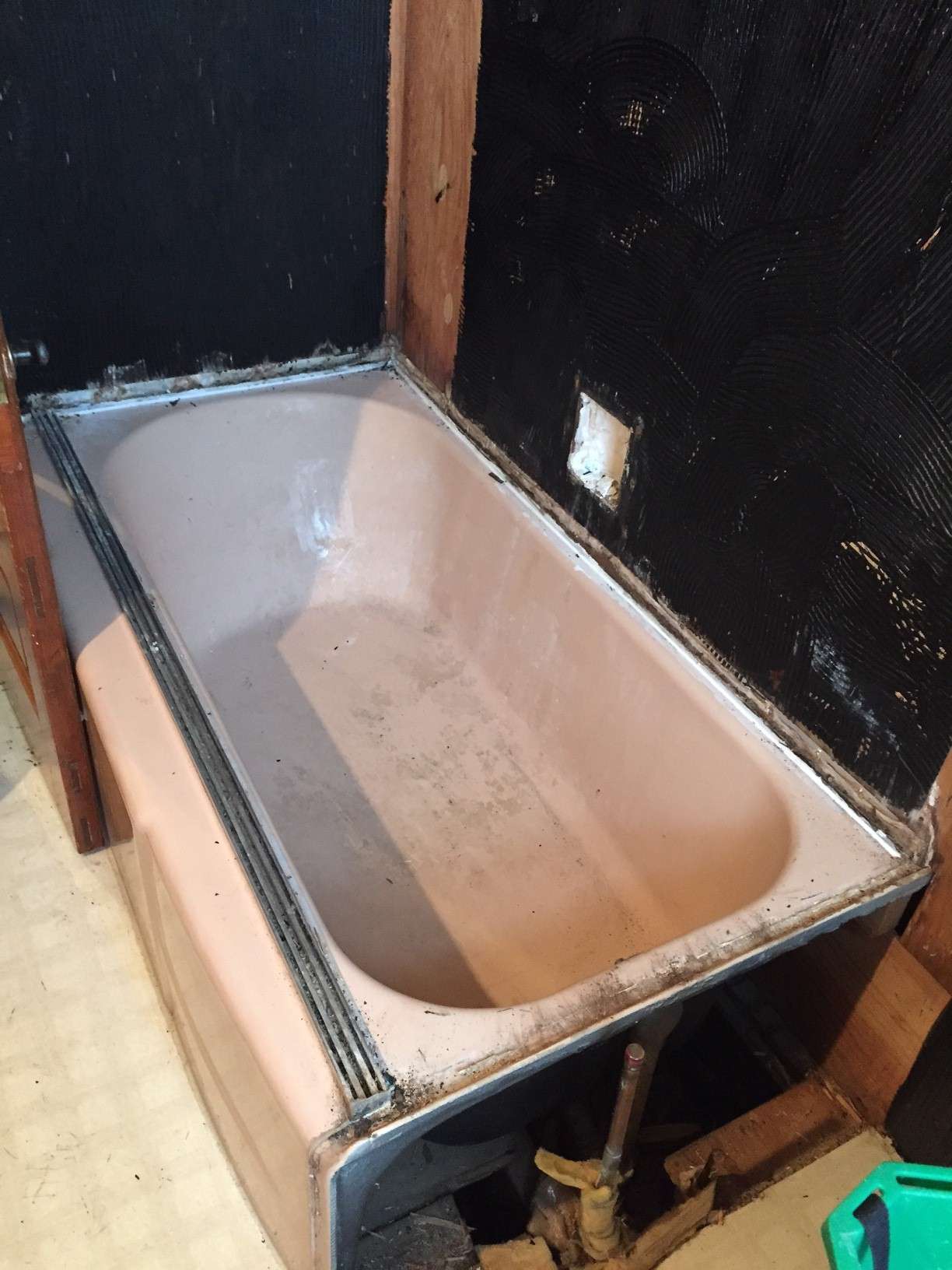 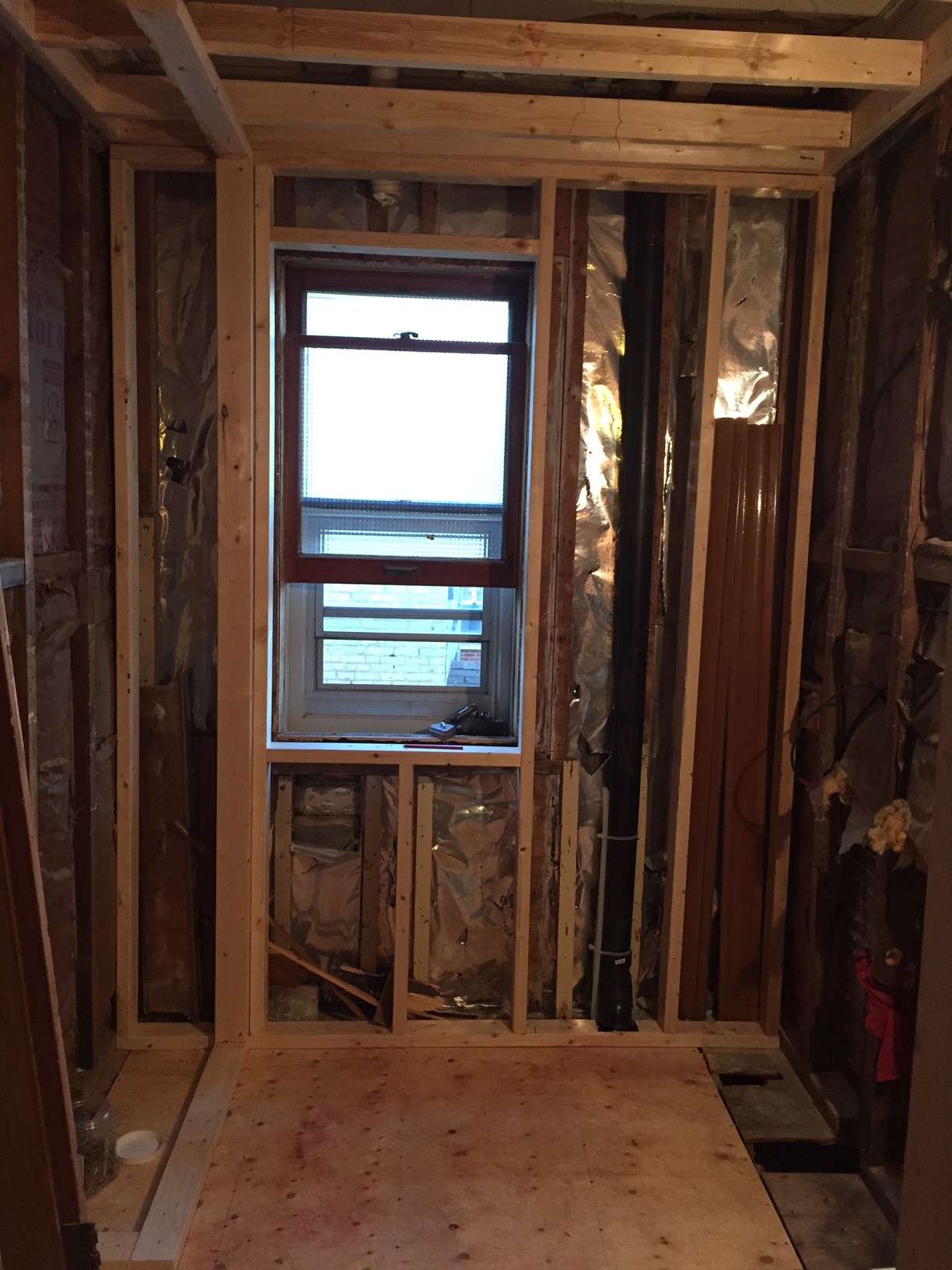 New plumbing. Found galvanized pipes so since the walls were open, new supply lines and drains were added. 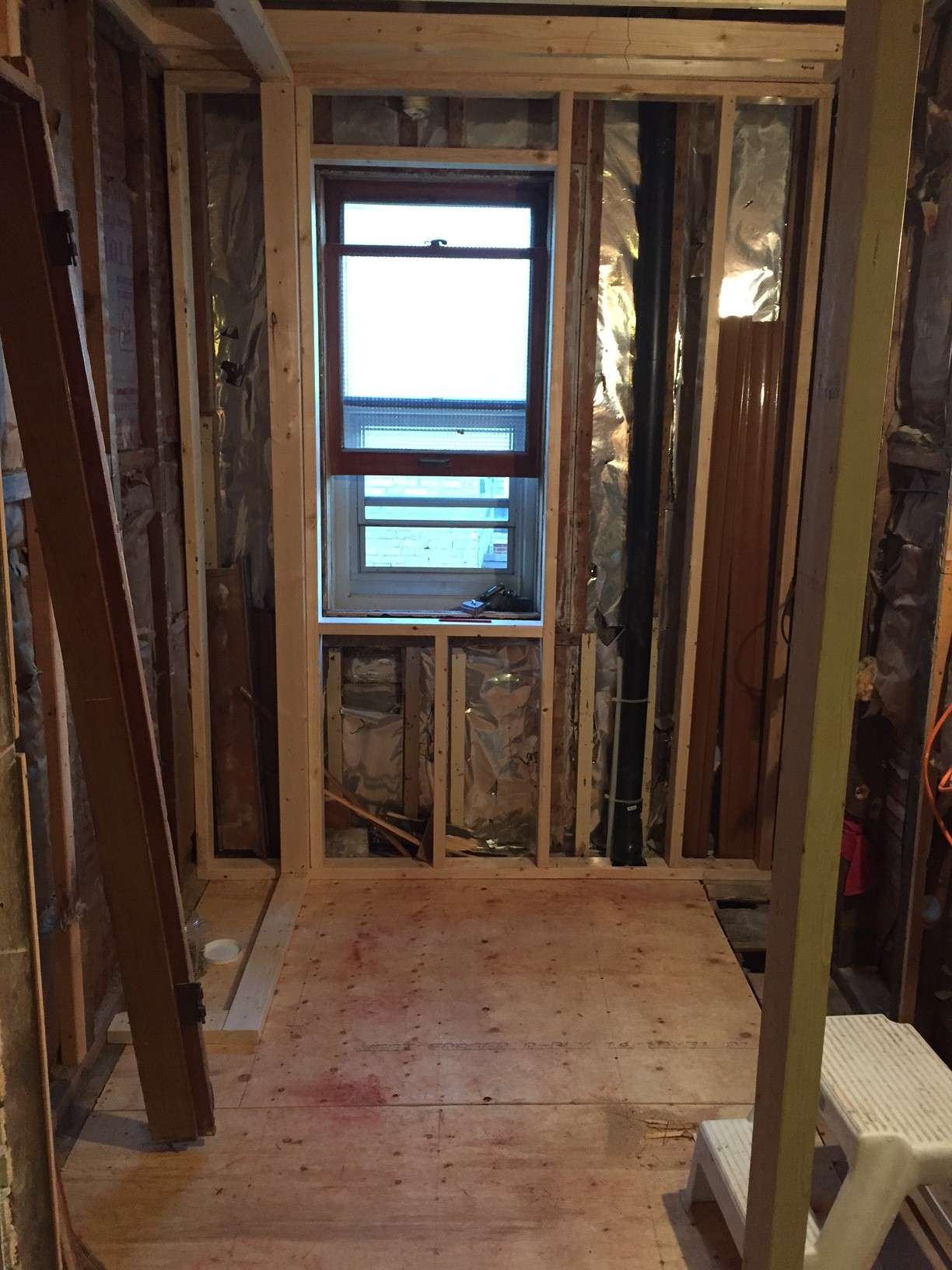 The doorway had to be removed to accommodate our new layout. Also ripped up all the old tongue-and-groove planking and replaced with new plywood (and leveled floor for eventual tile). 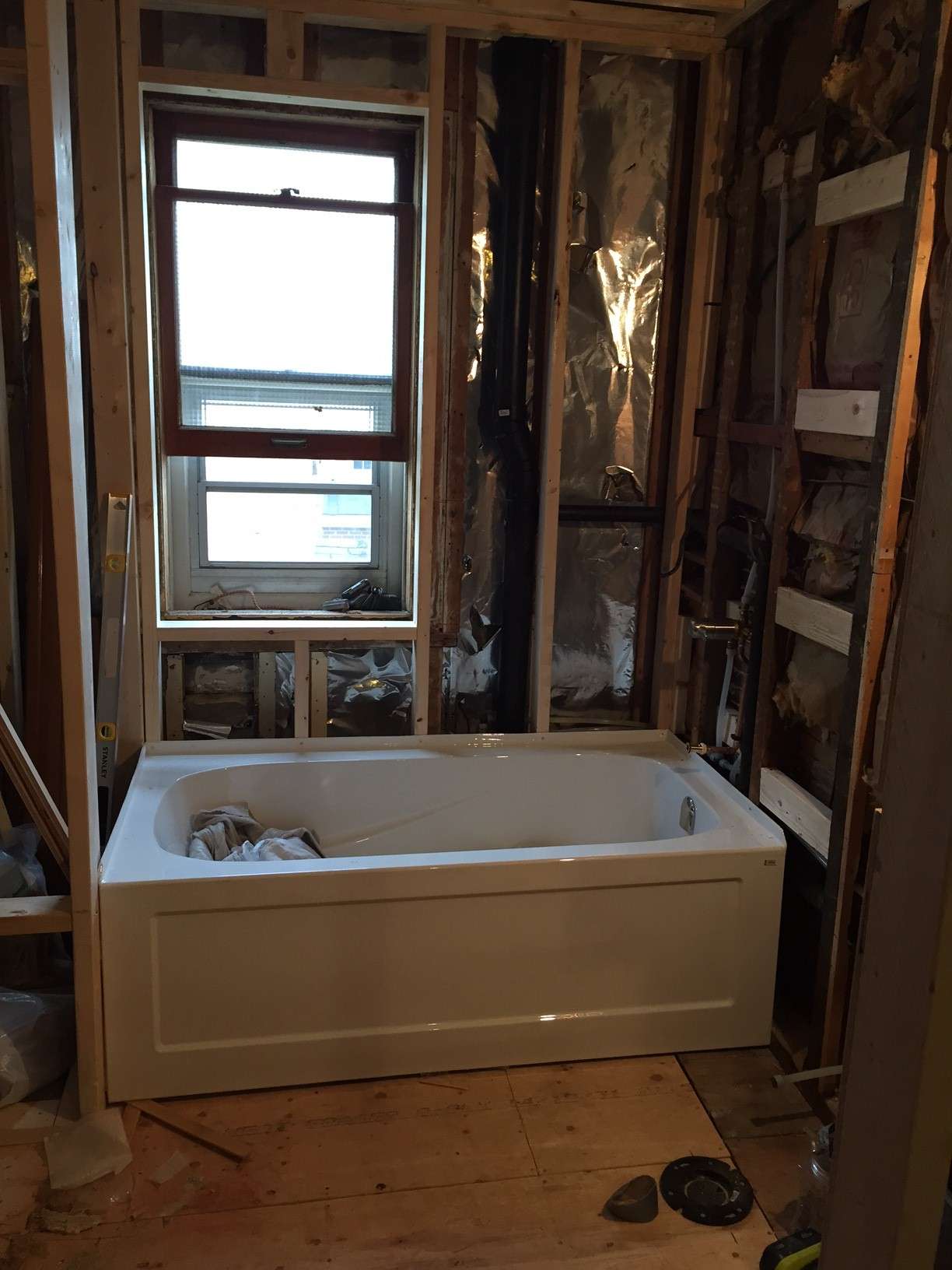 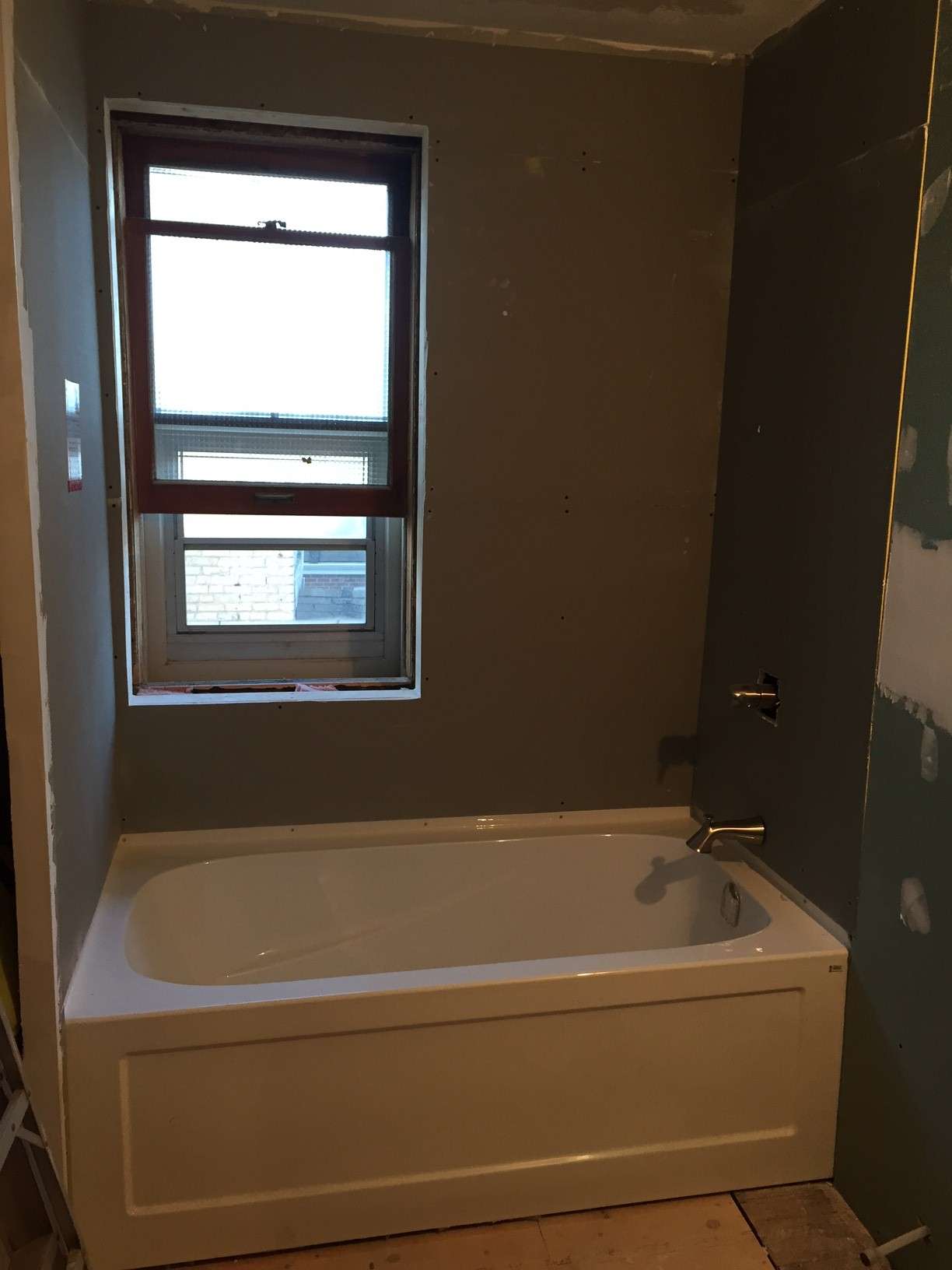 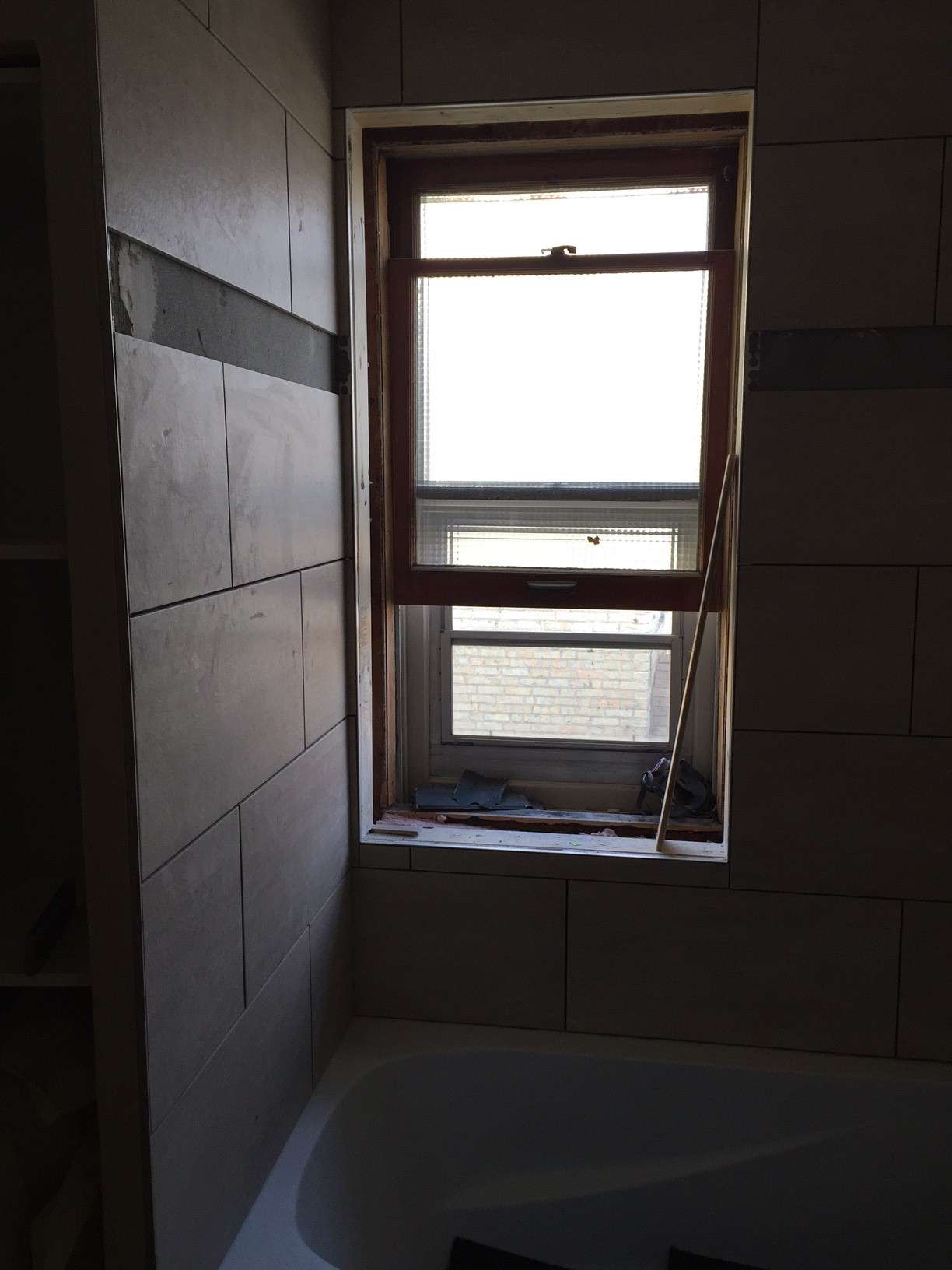 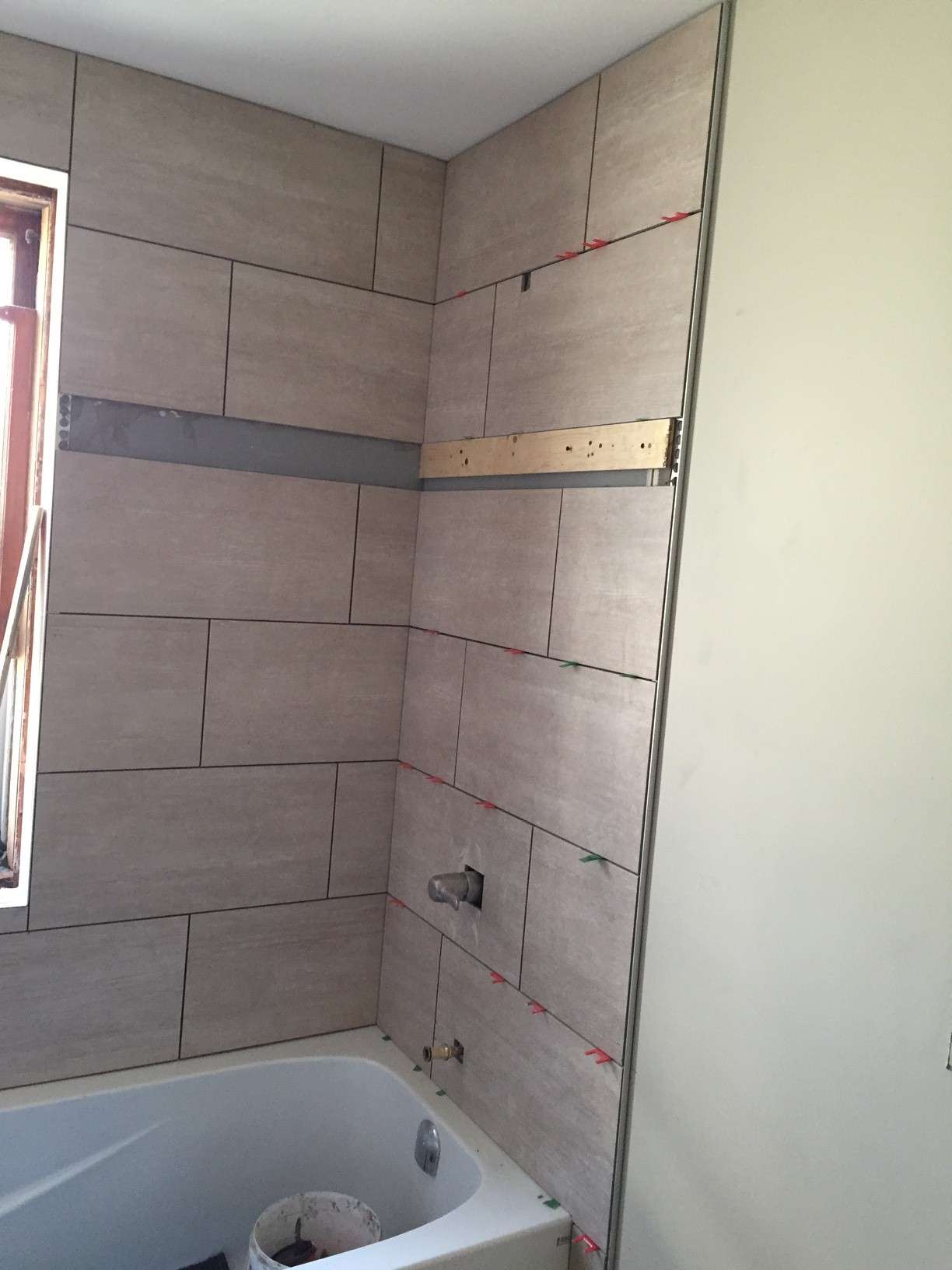 Tiling! A ledger board is added for a border to be added later. 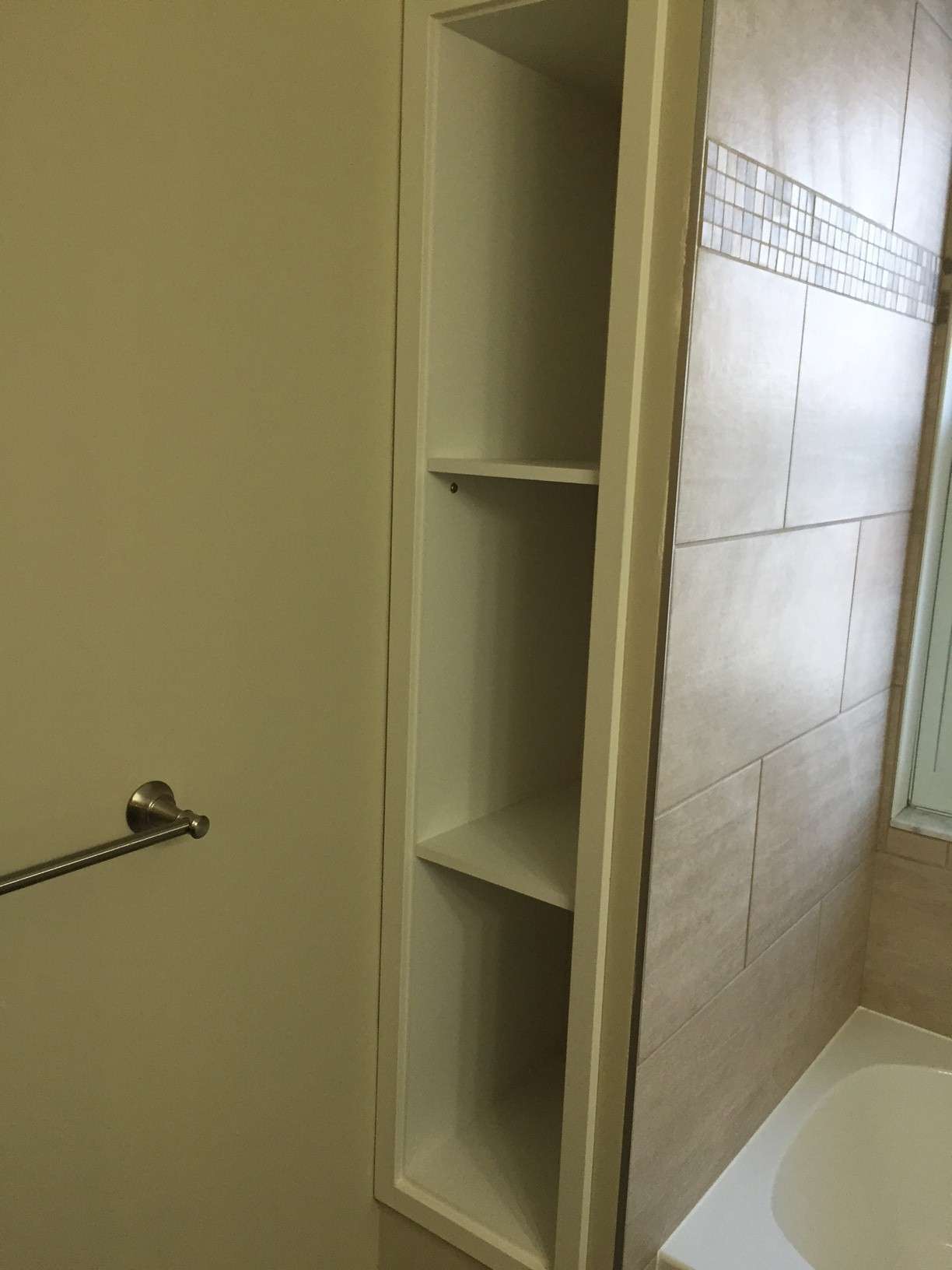 Rather than wasting space, added a nice little built-in for towels and storage. 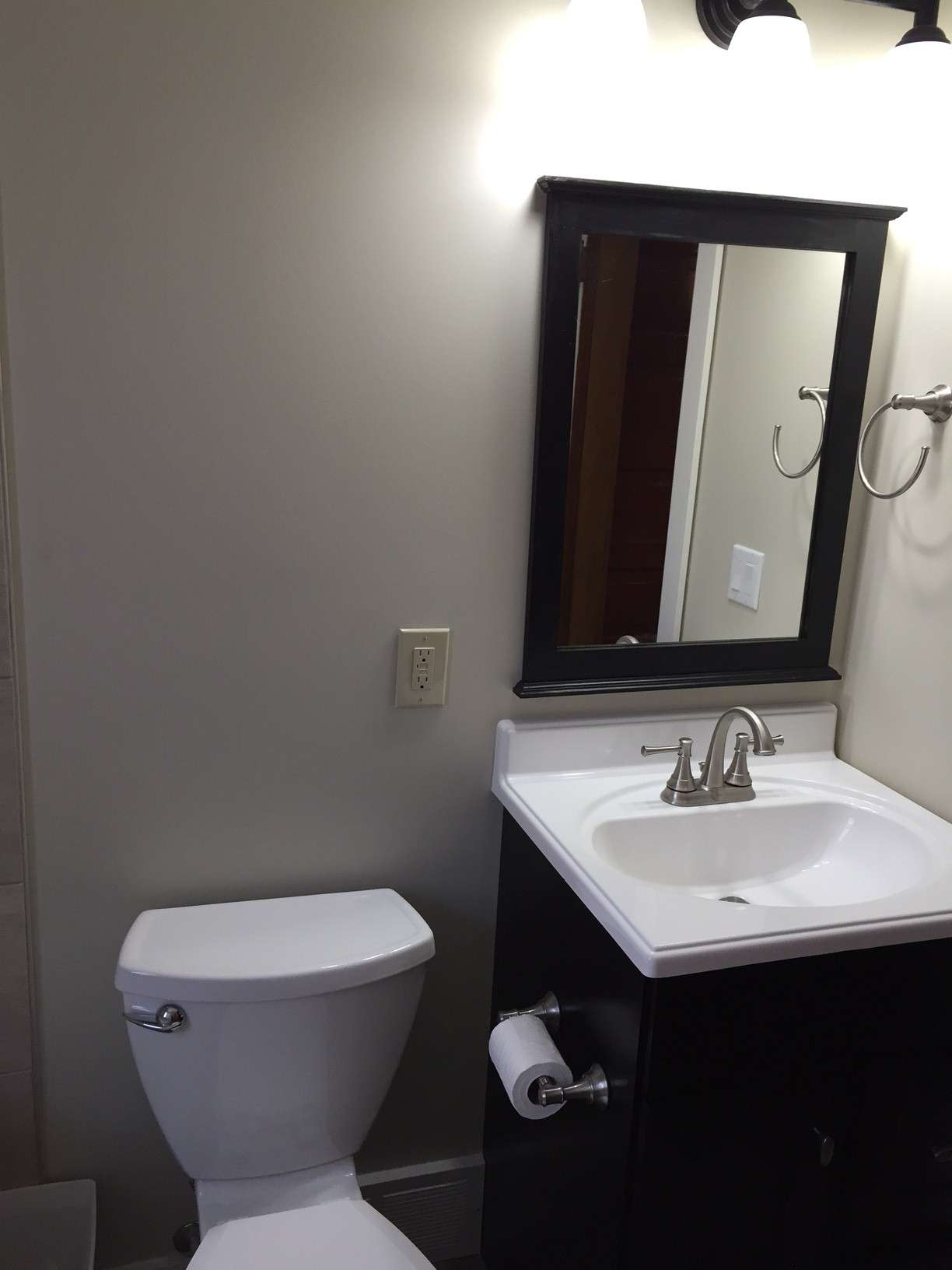 The mirror was custom made to suit the vanity. American Standard Cadet 3 toilet. 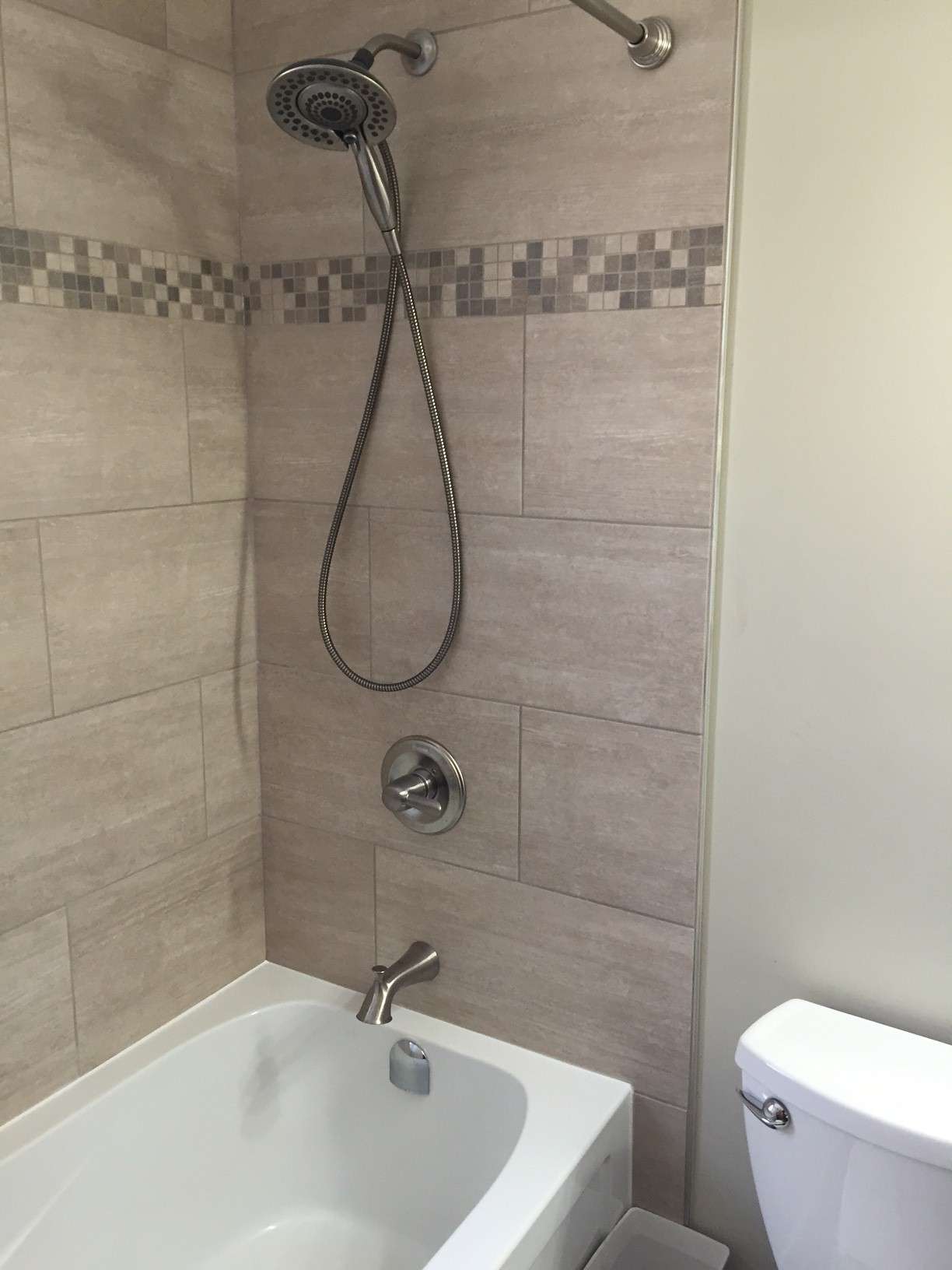 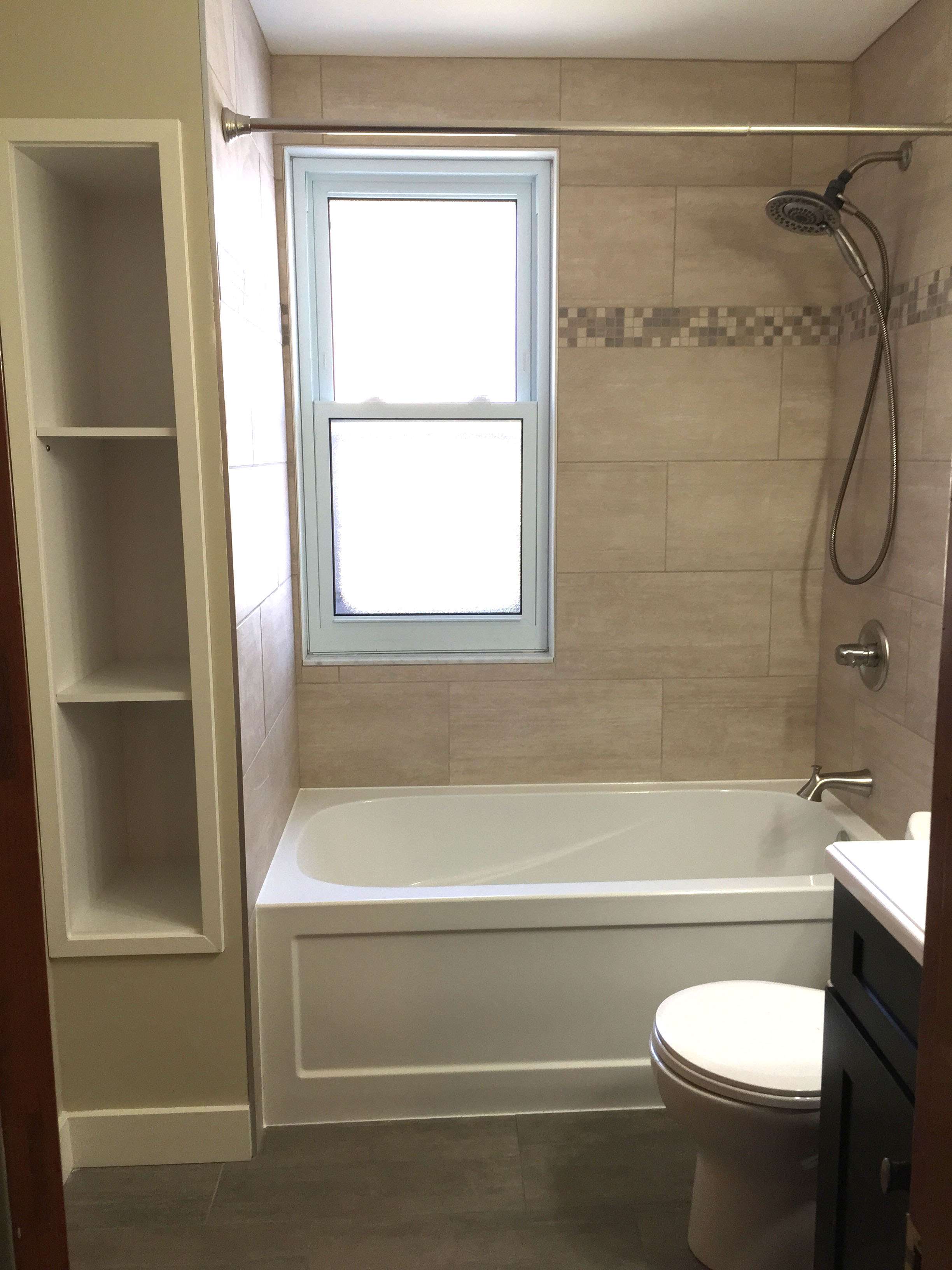