This is a newer home so the challenges are far different than a bathroom remodel in Old South or Old North. The plumbing was already roughed in, the layout was already completed, and the drywall was ready. In other words – half the work had already been completed by the builder. 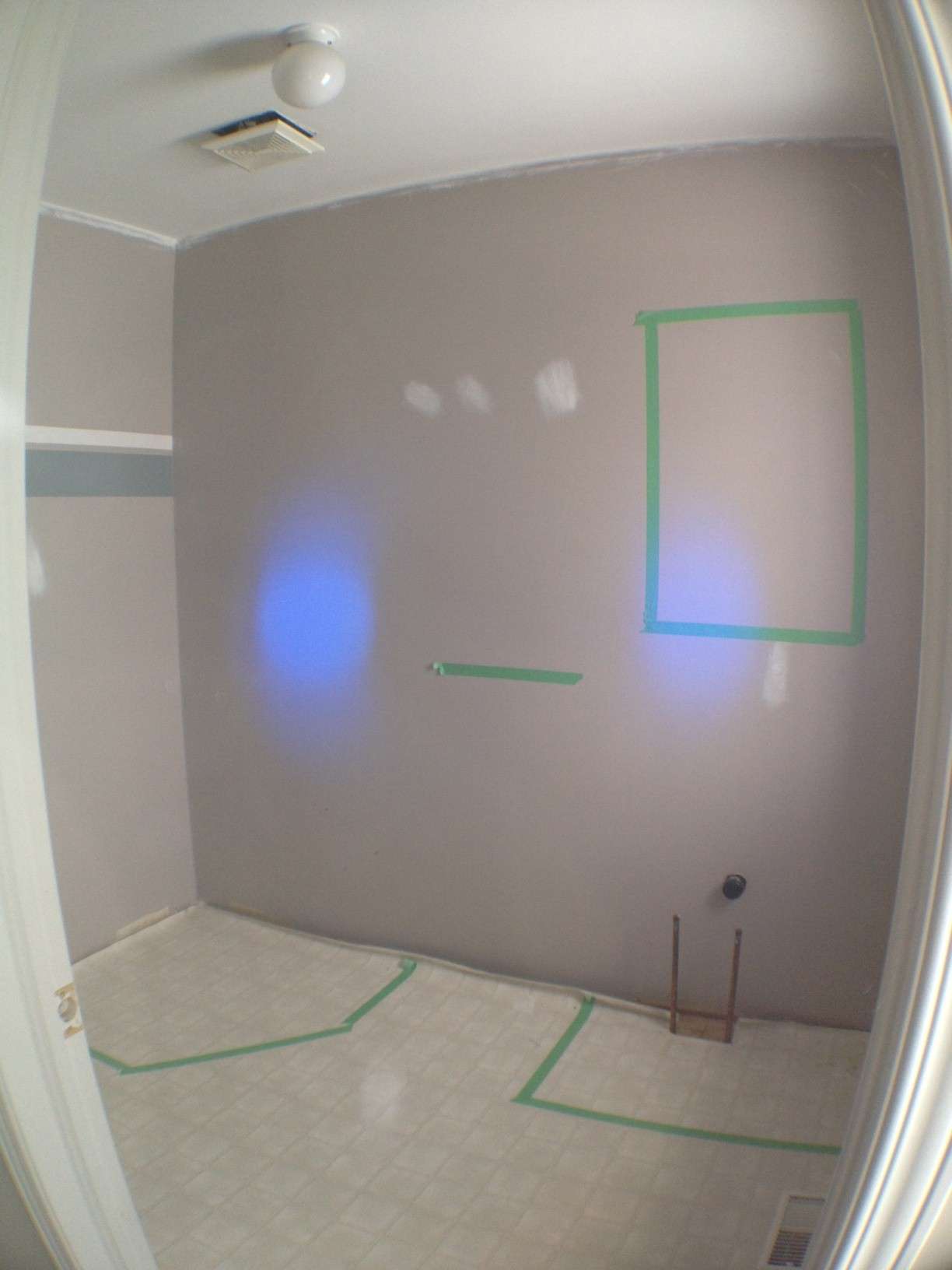 Open room – with layout taped out on floor and walls 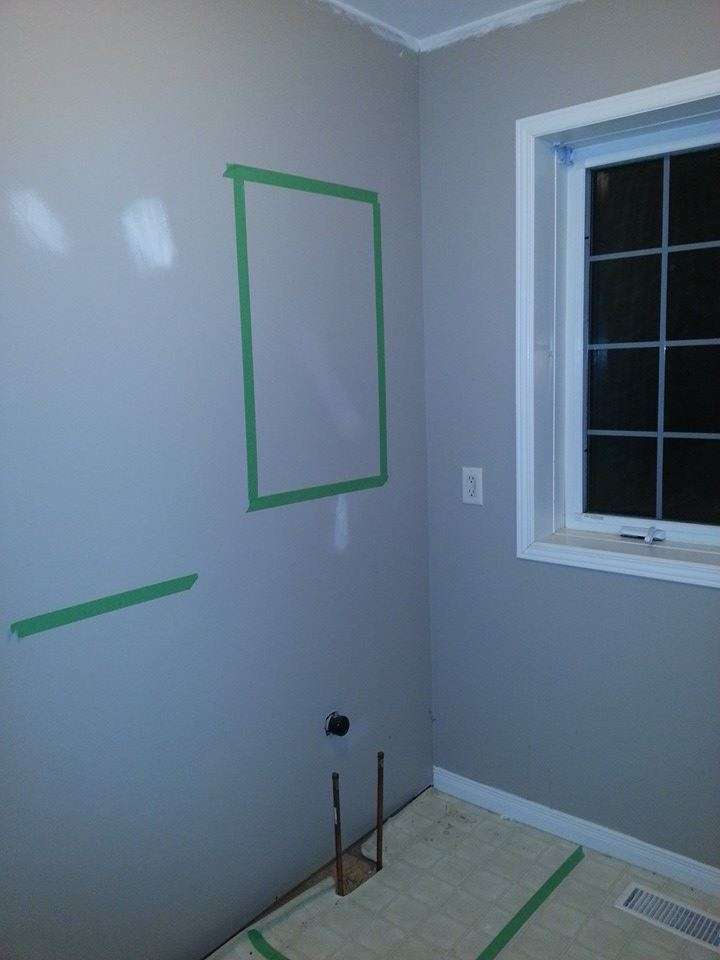 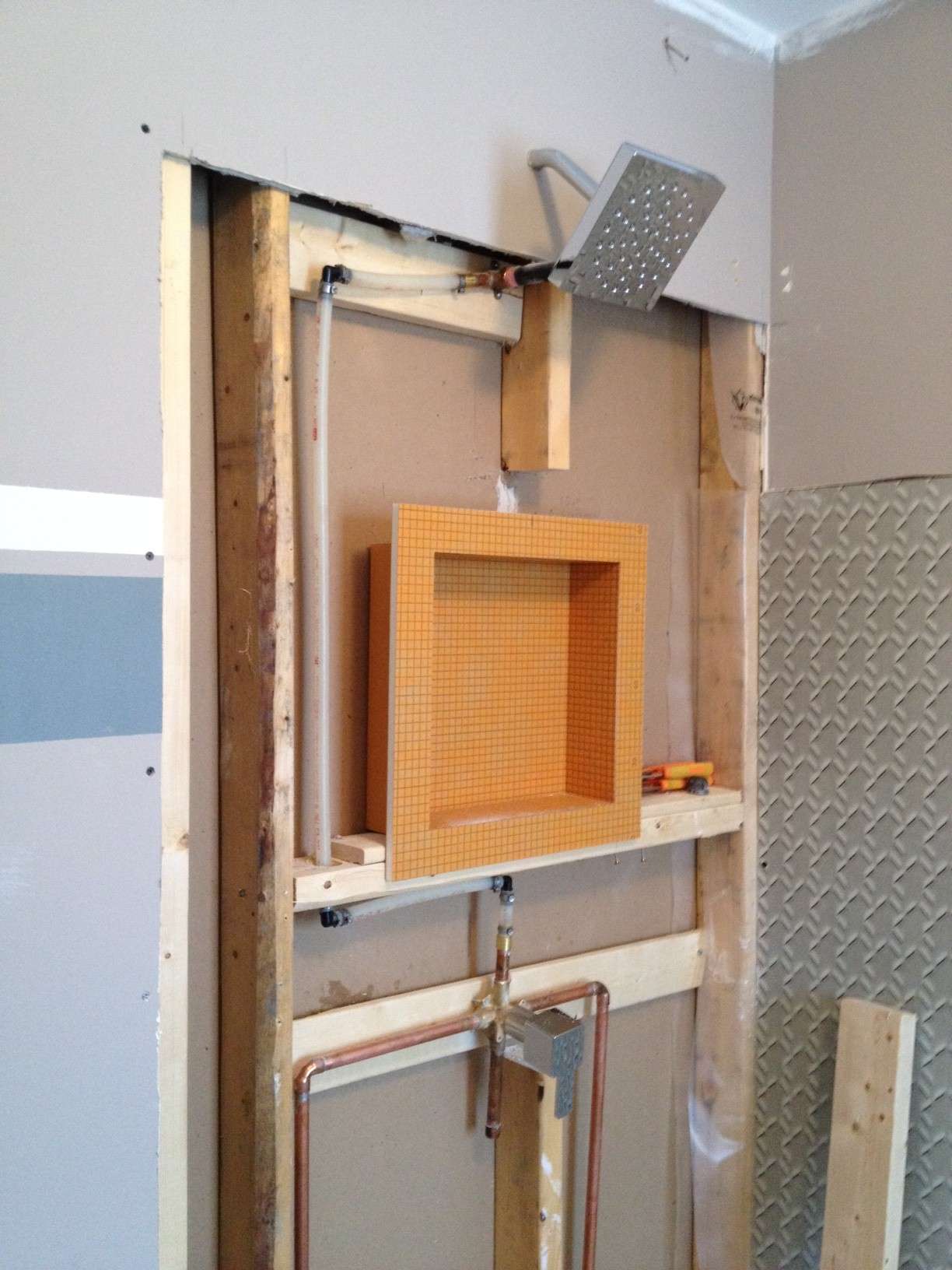 The orange box is the future shower niche (waterproof). 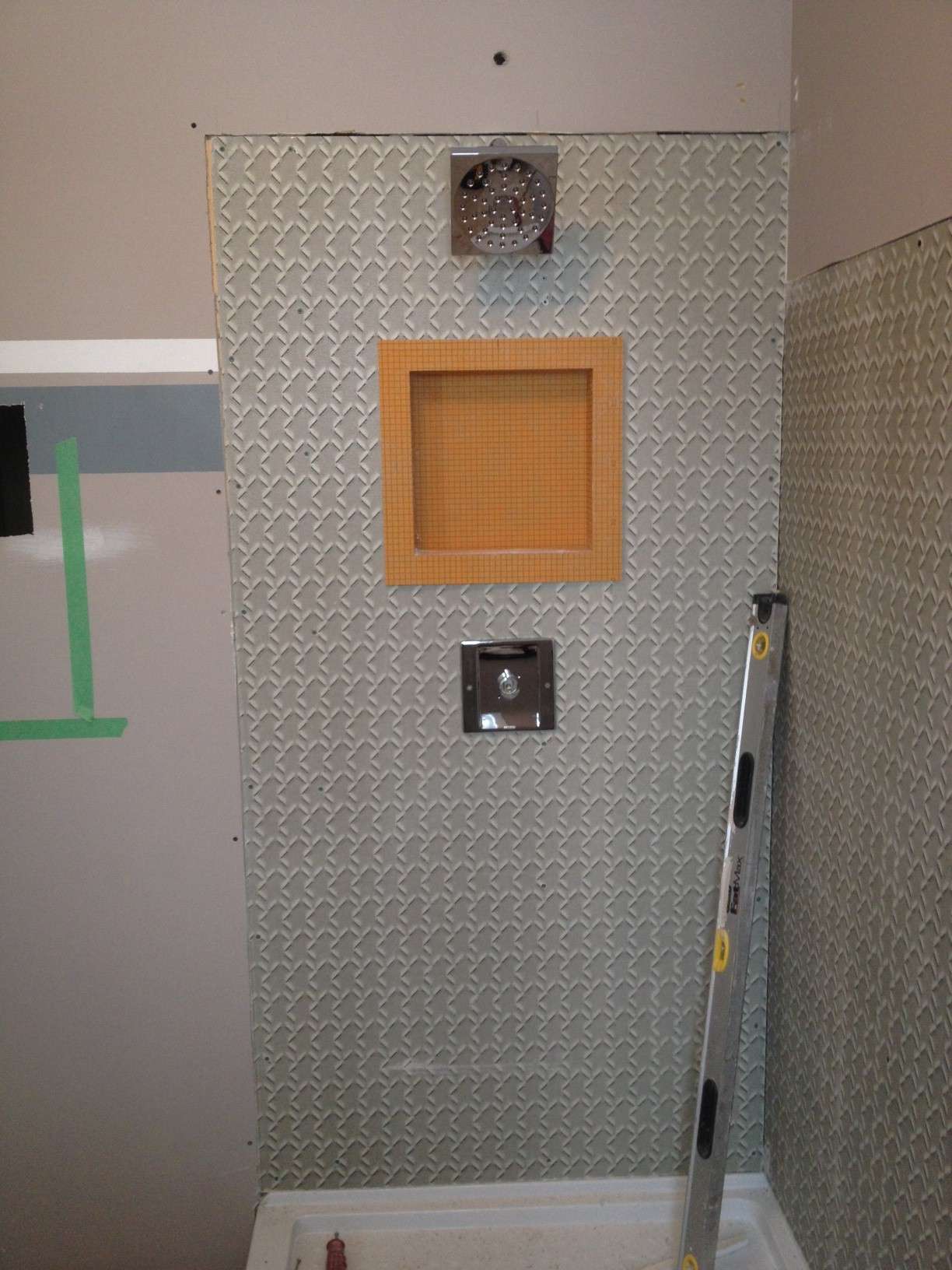 Much too early for the shower head, faucets – but this was just so the customer could envision the layout and ensure it was correct. 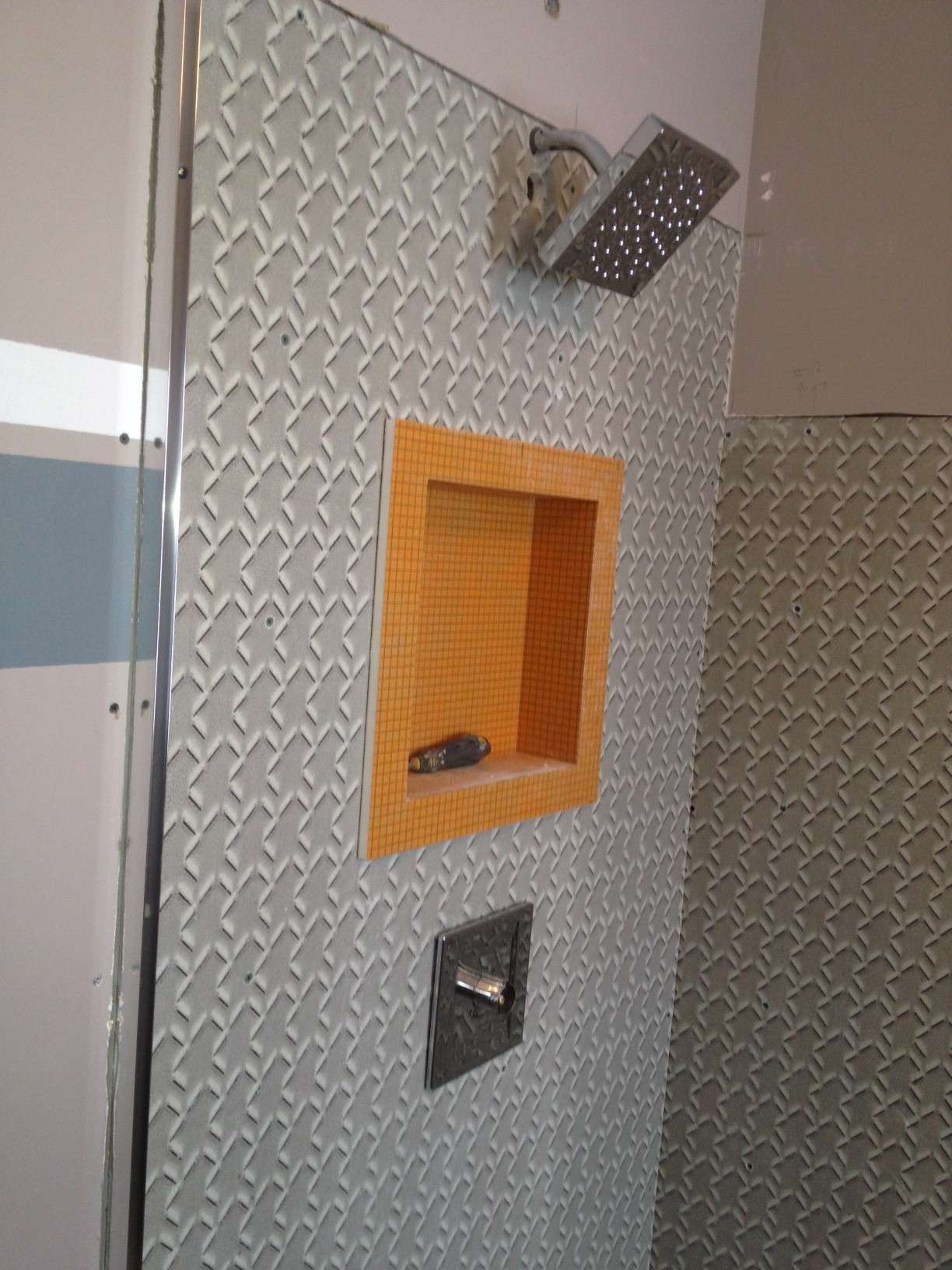 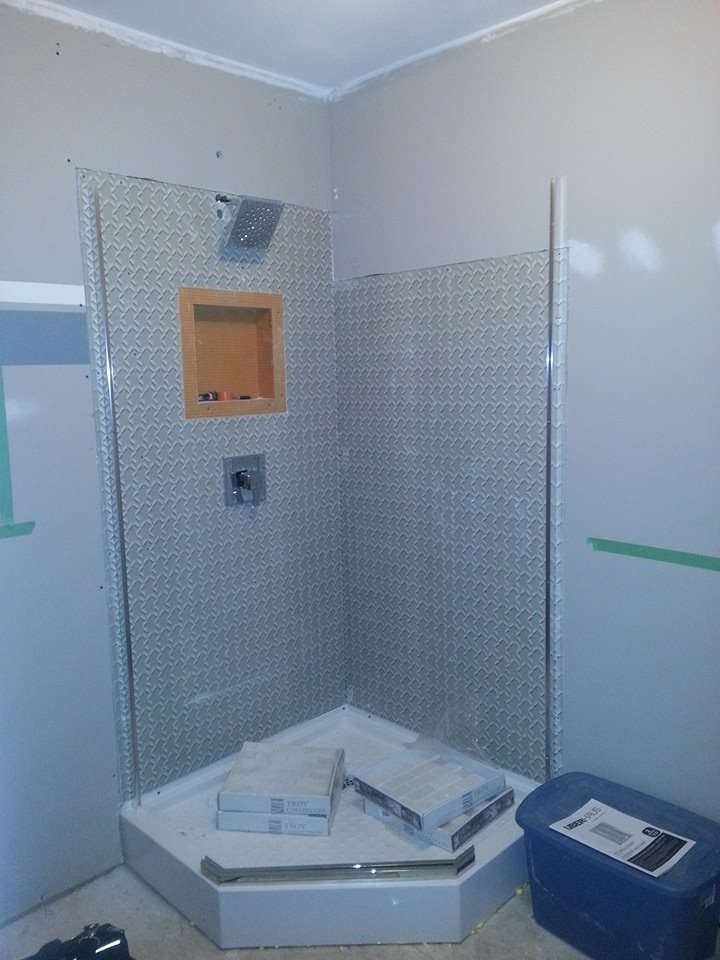 Layout confirmed – and the side rails are for the shower glass. This needed to be done early as the customer wanted the tile to butt against the glass. 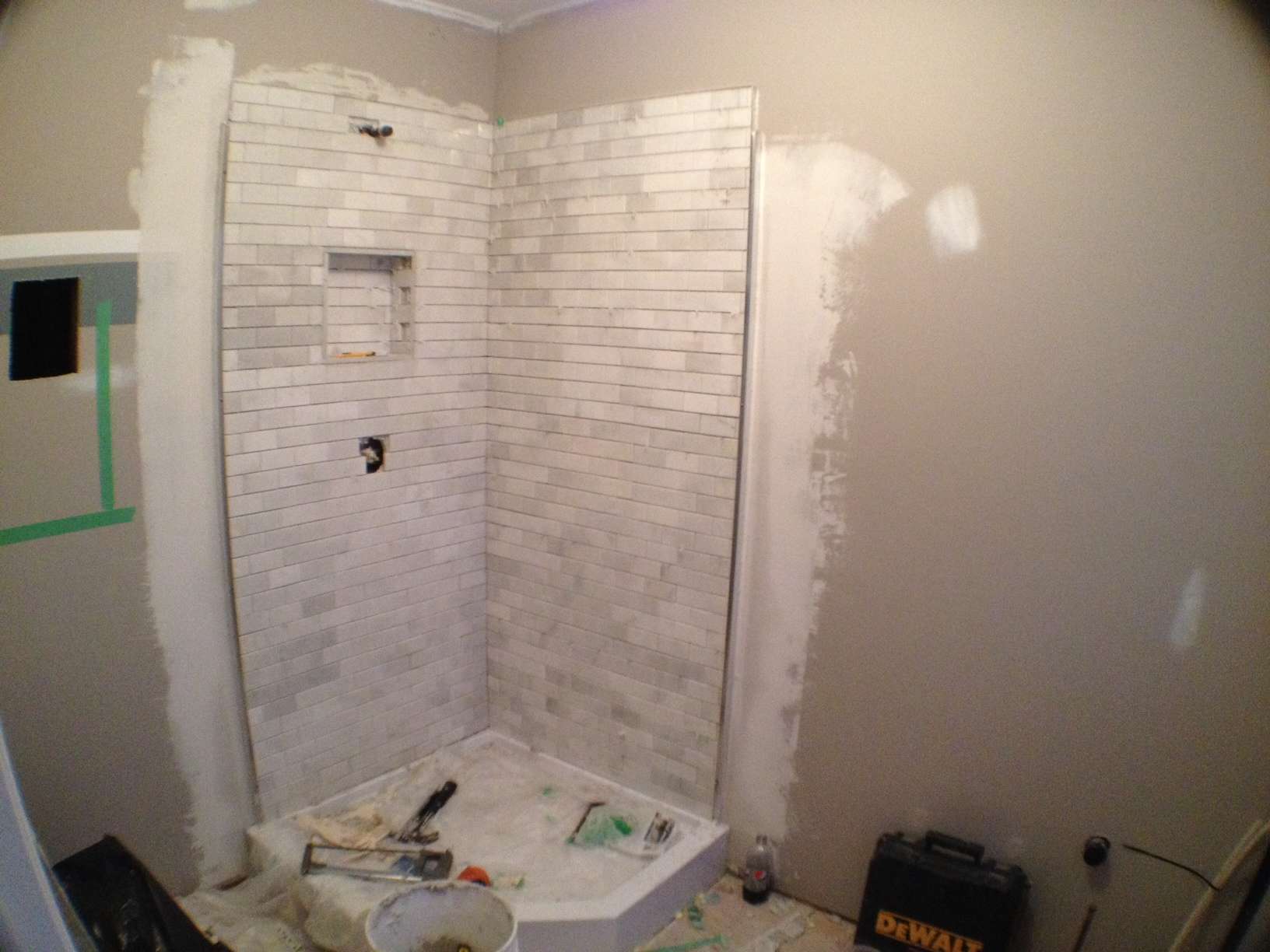 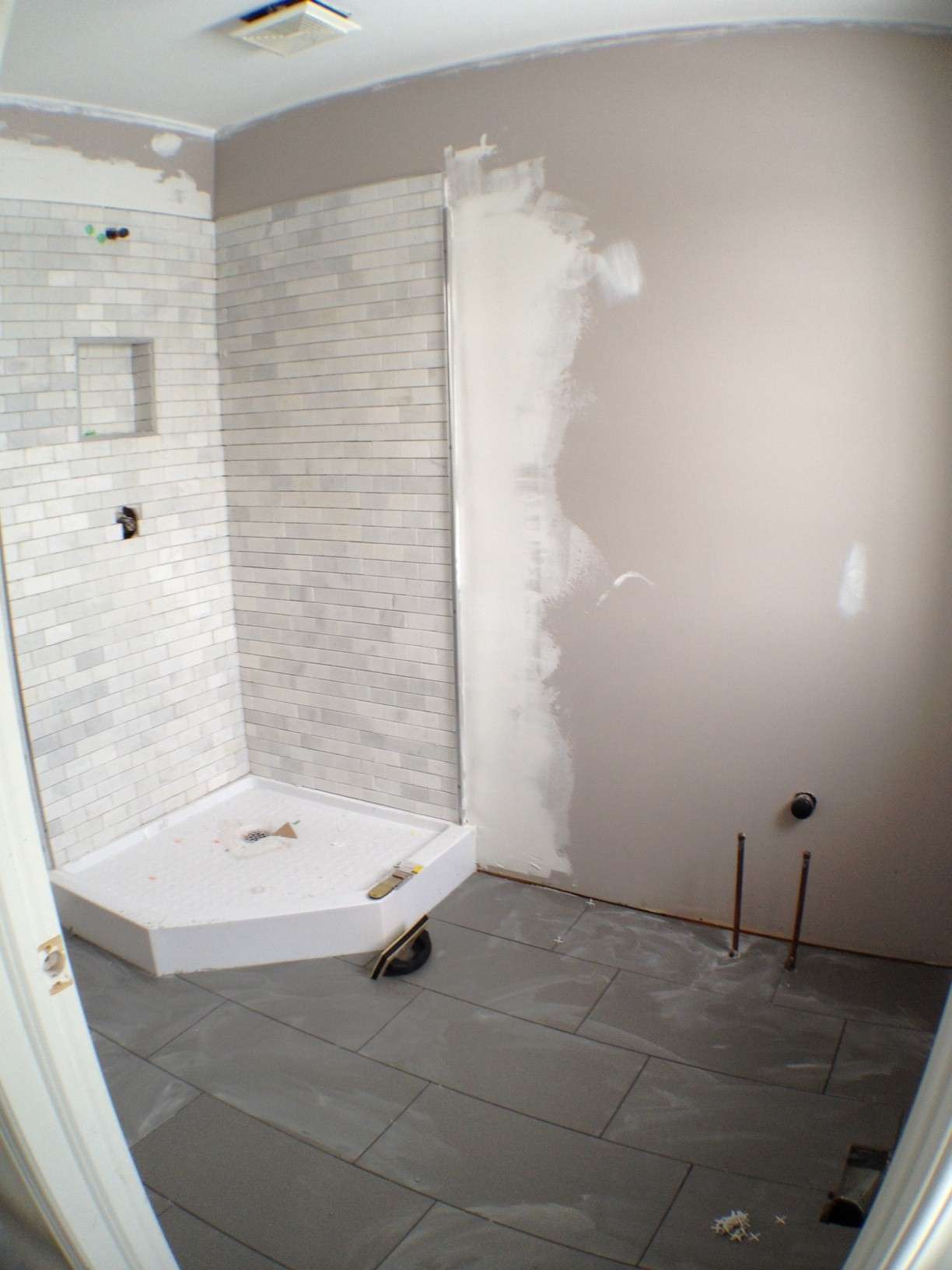 A better idea of the layout. 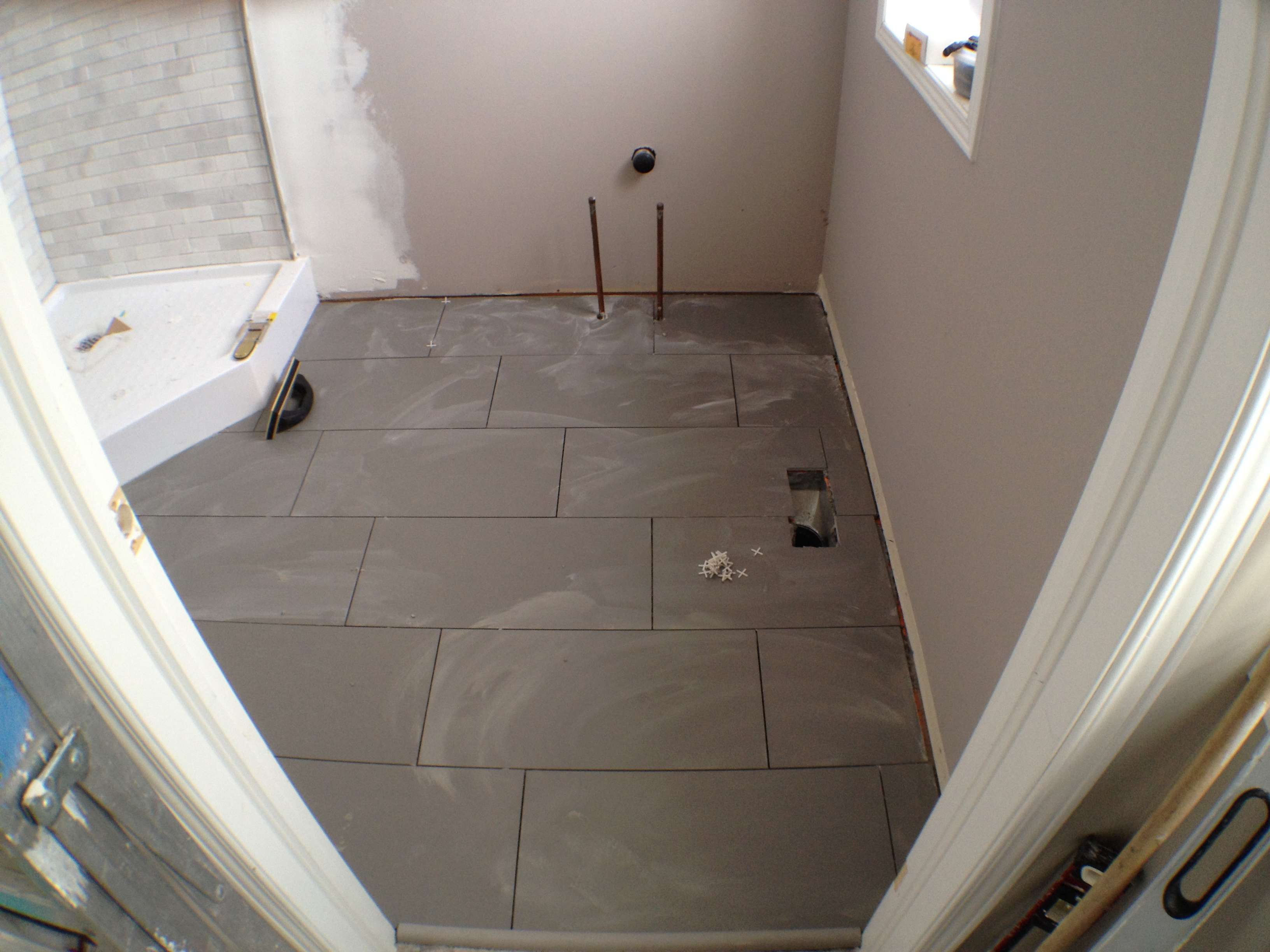 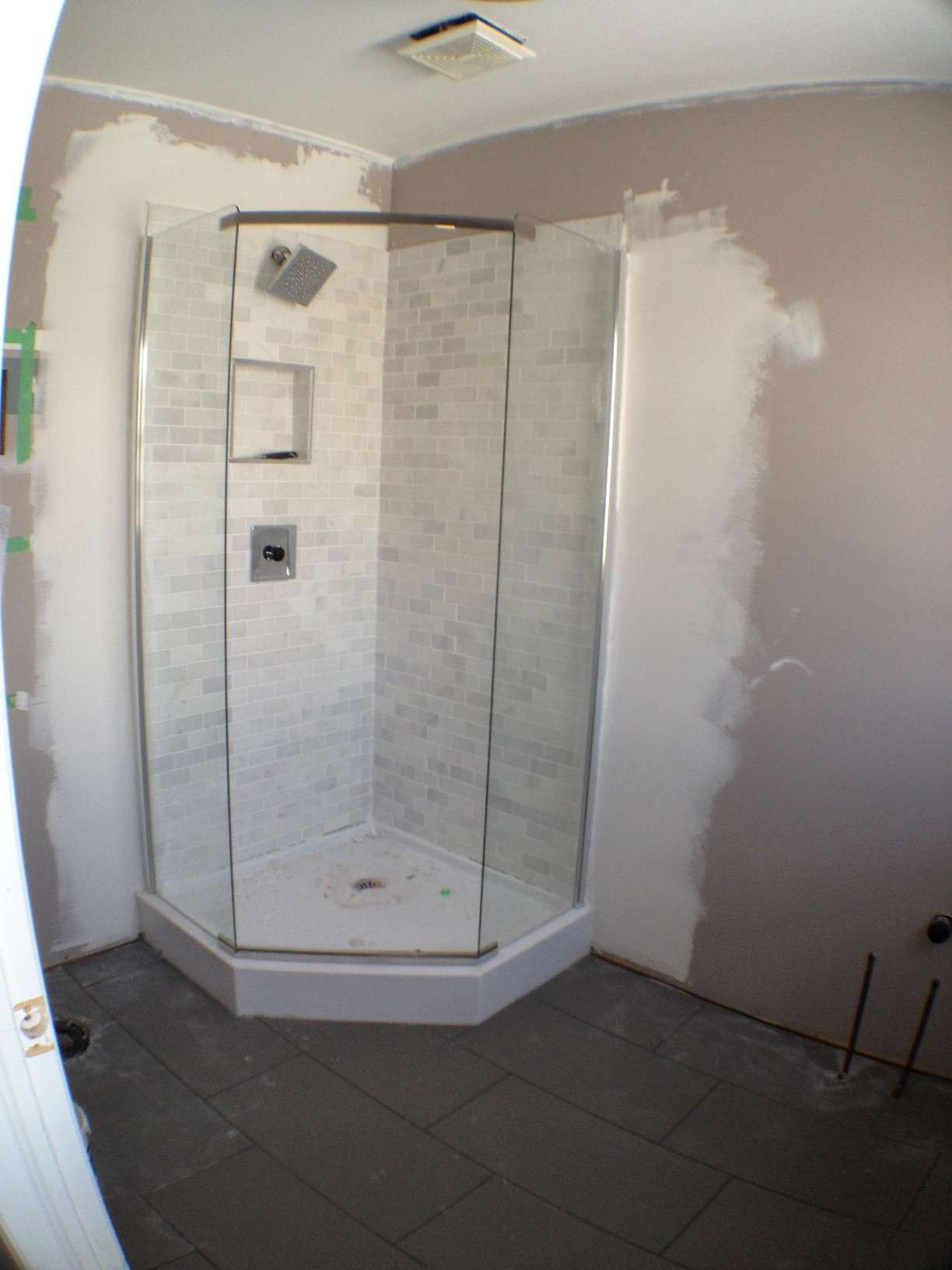 The glass had to be added early so the surround could be grouted.

There’s a hole in the wall! That’s for the future built-in cabinet. 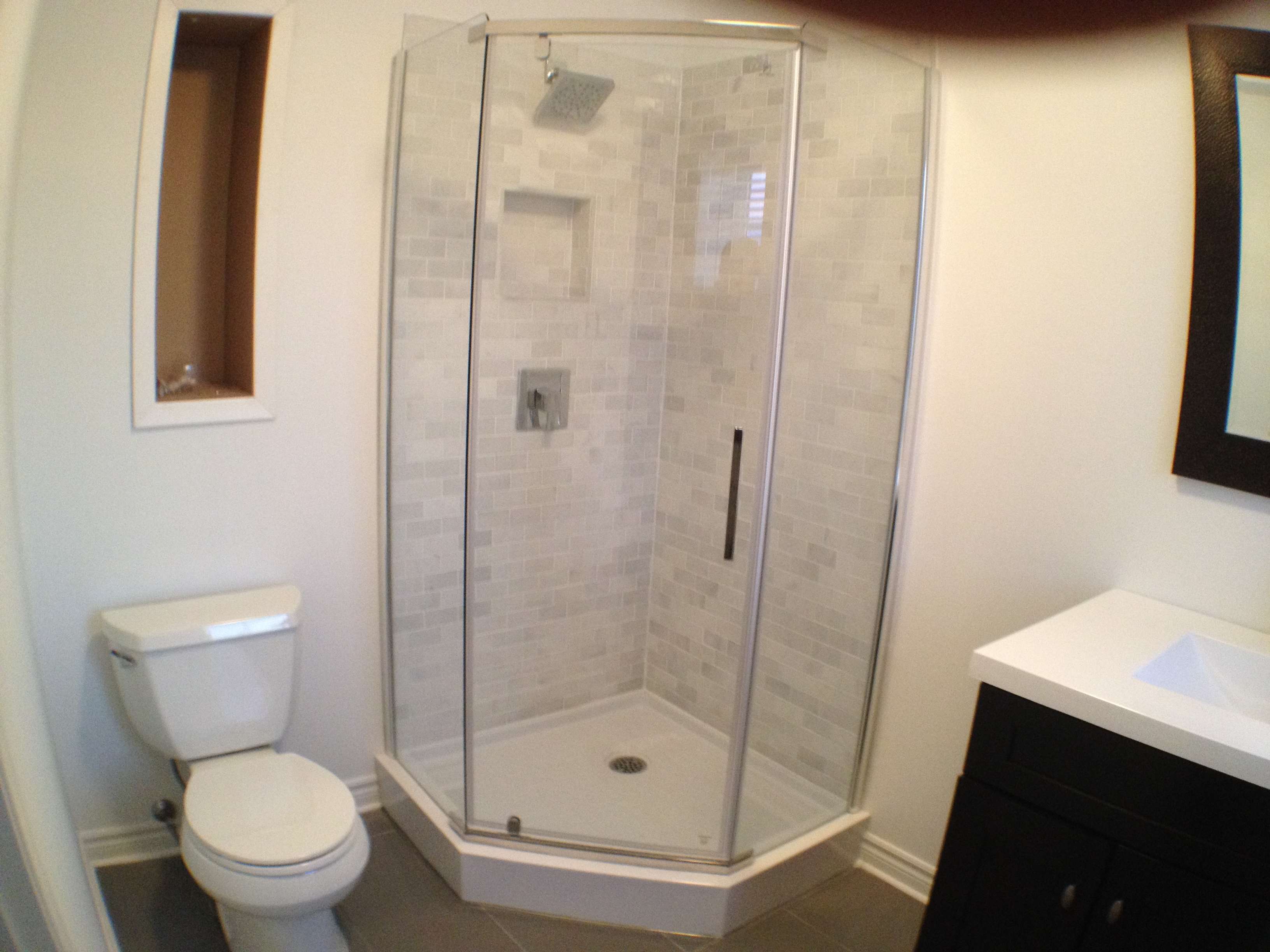 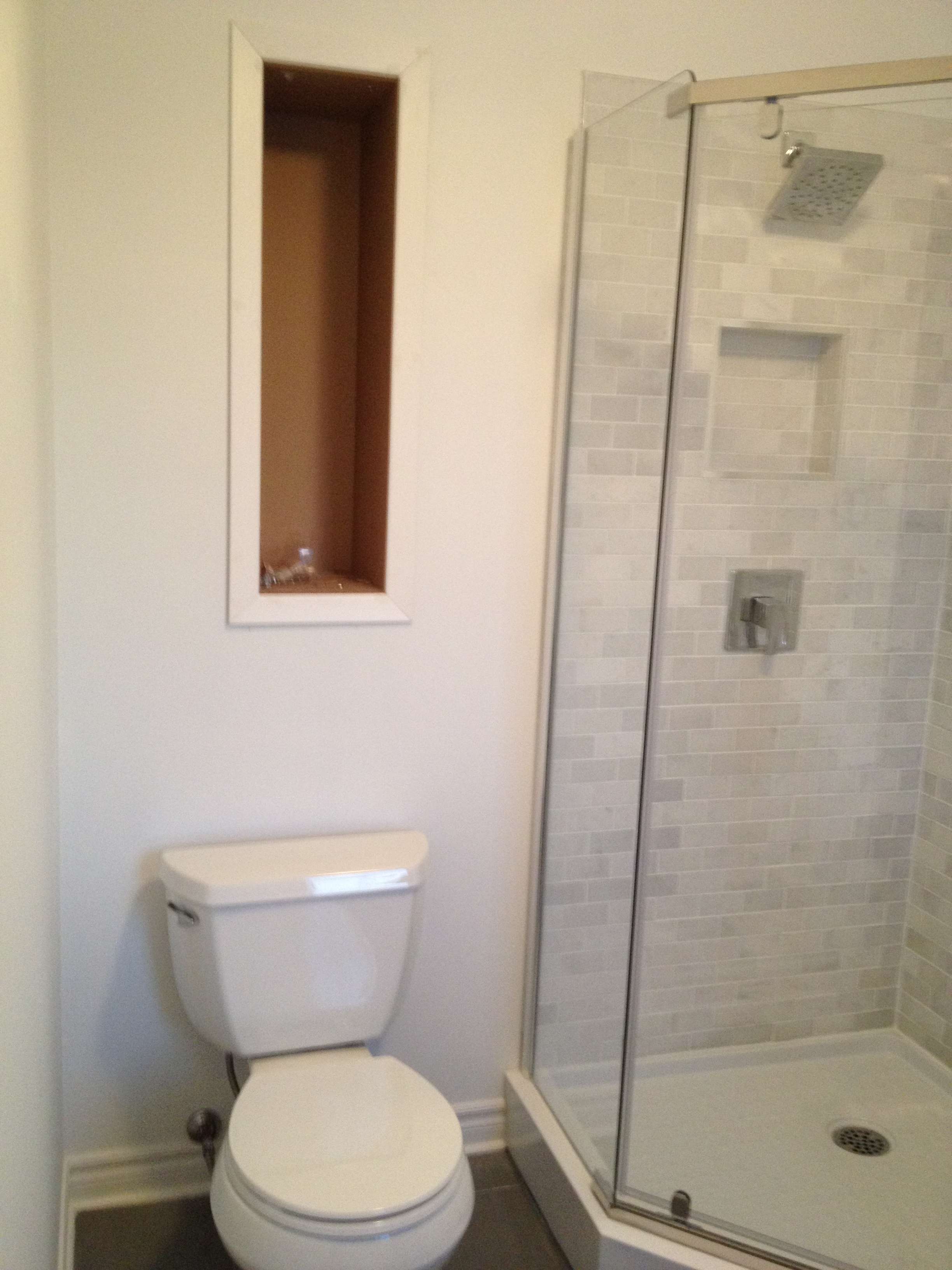 Obviously, the built-in still needs to be painted. The owner has decided to go with two glass shelves. 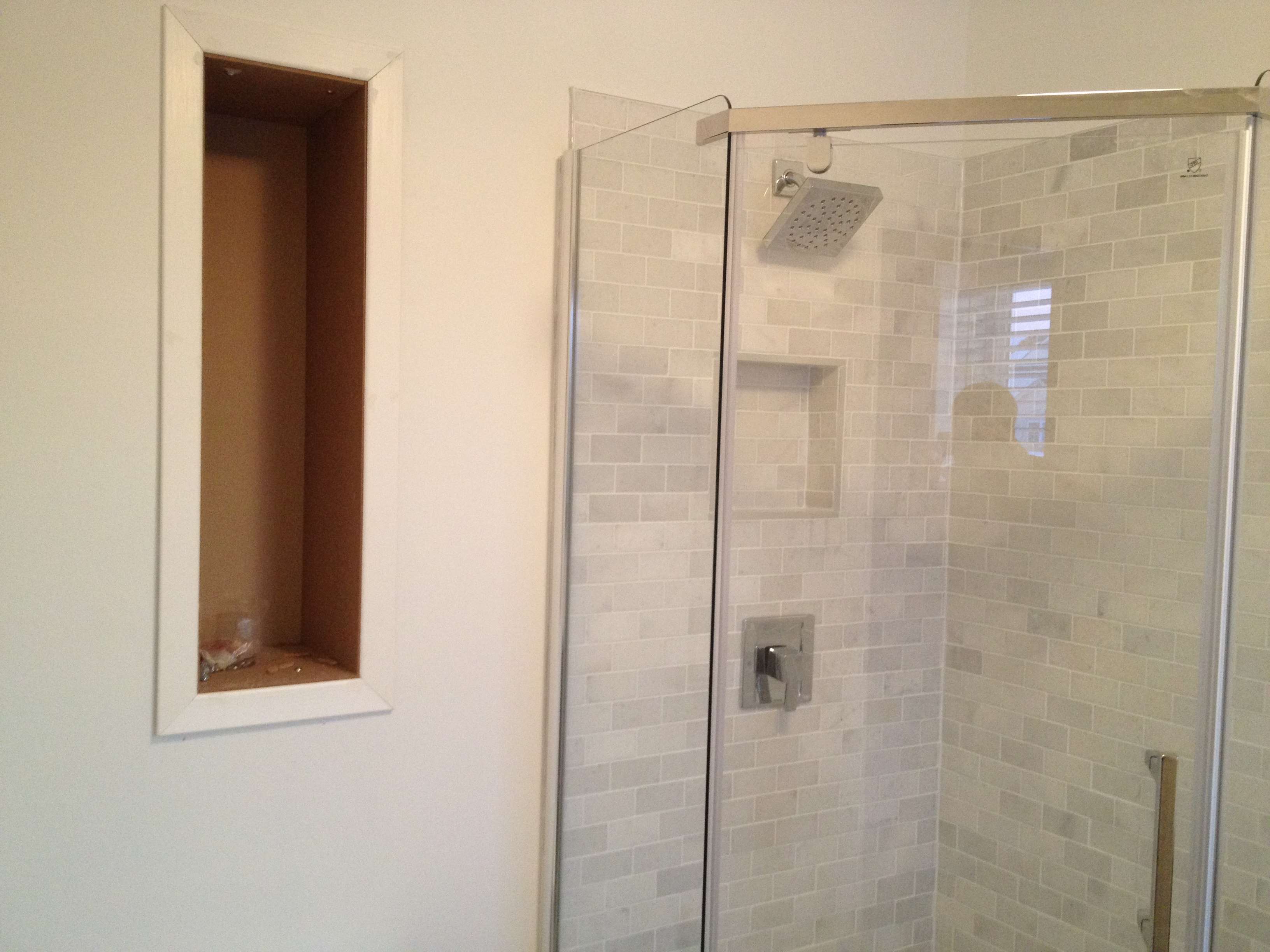 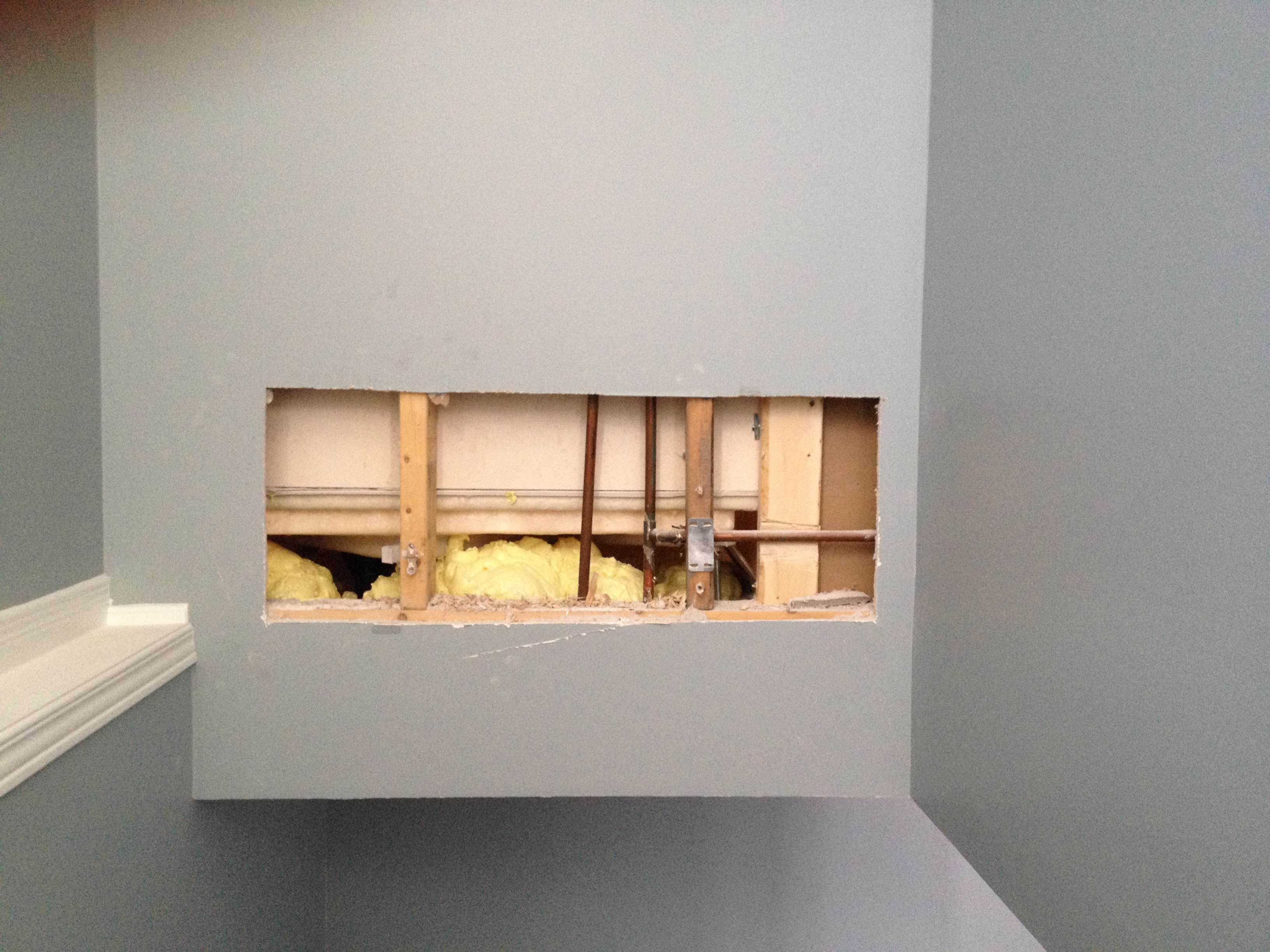 What am I showing you here? Well…turns out the original builder reversed the water lines. So the hot and cold were reversed — meaning the toilet was filling with scalding water. Since everything was tiled, I had to open the wall from the backside. Luckily, fairly quick fix. 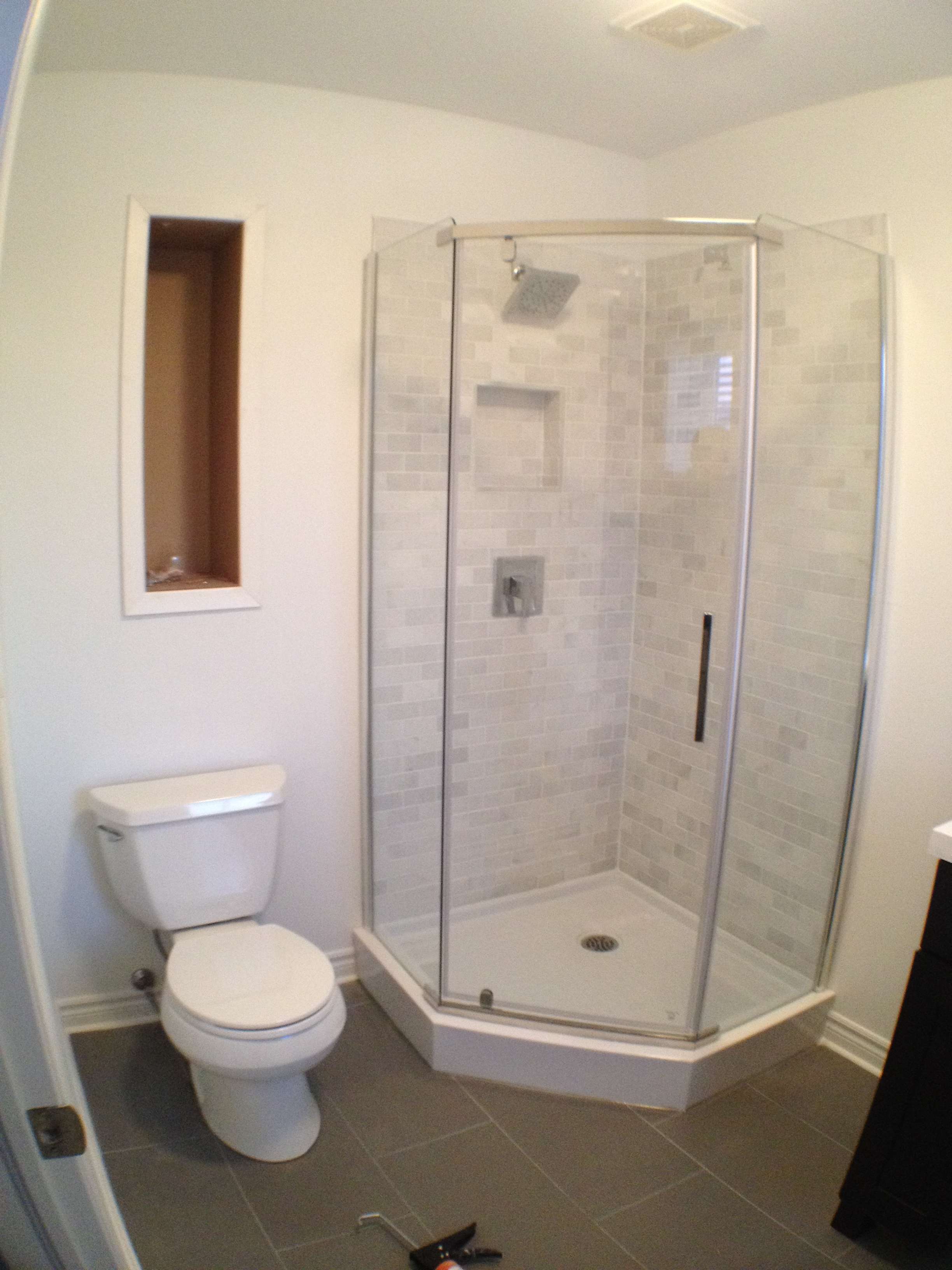 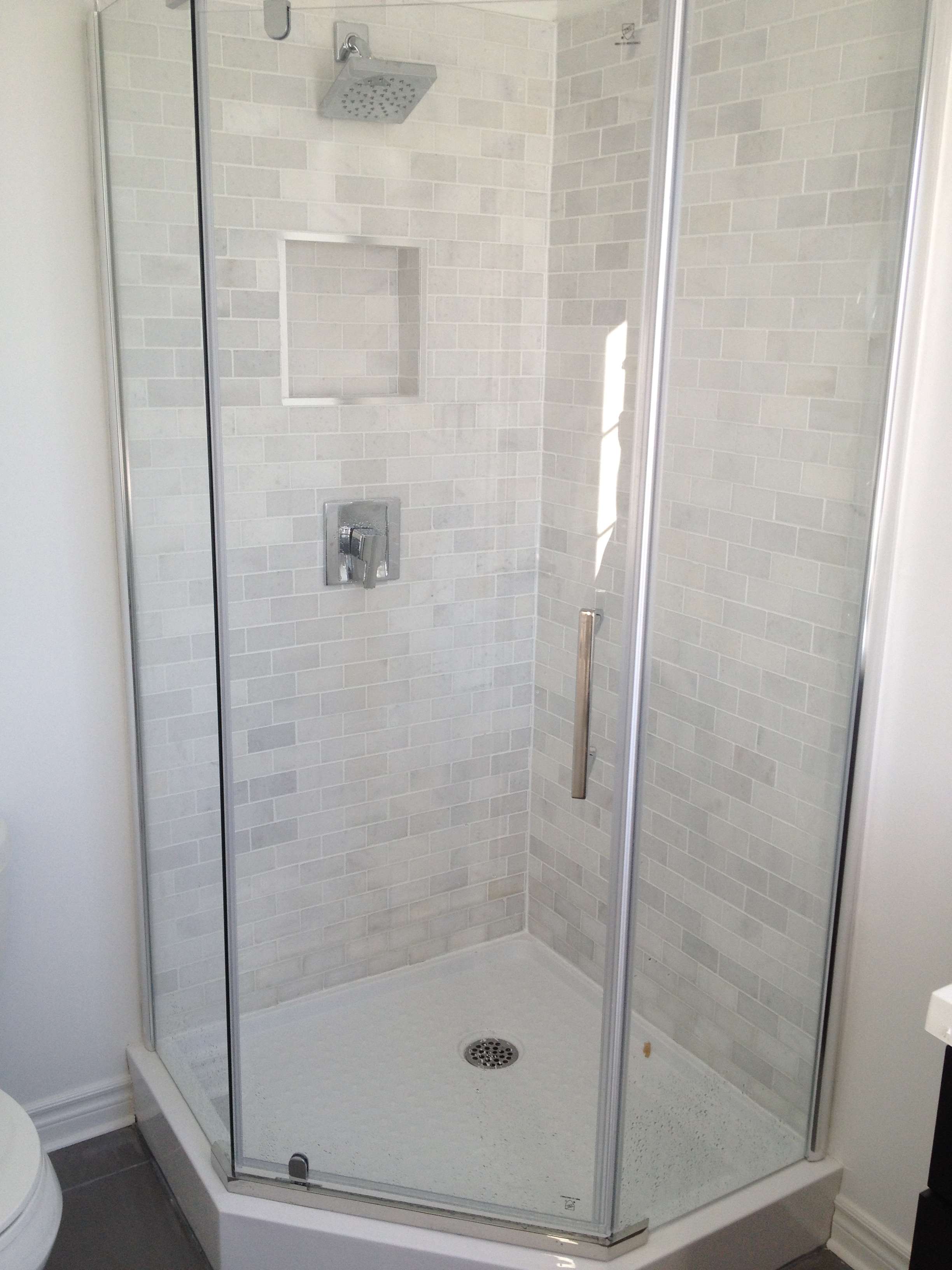 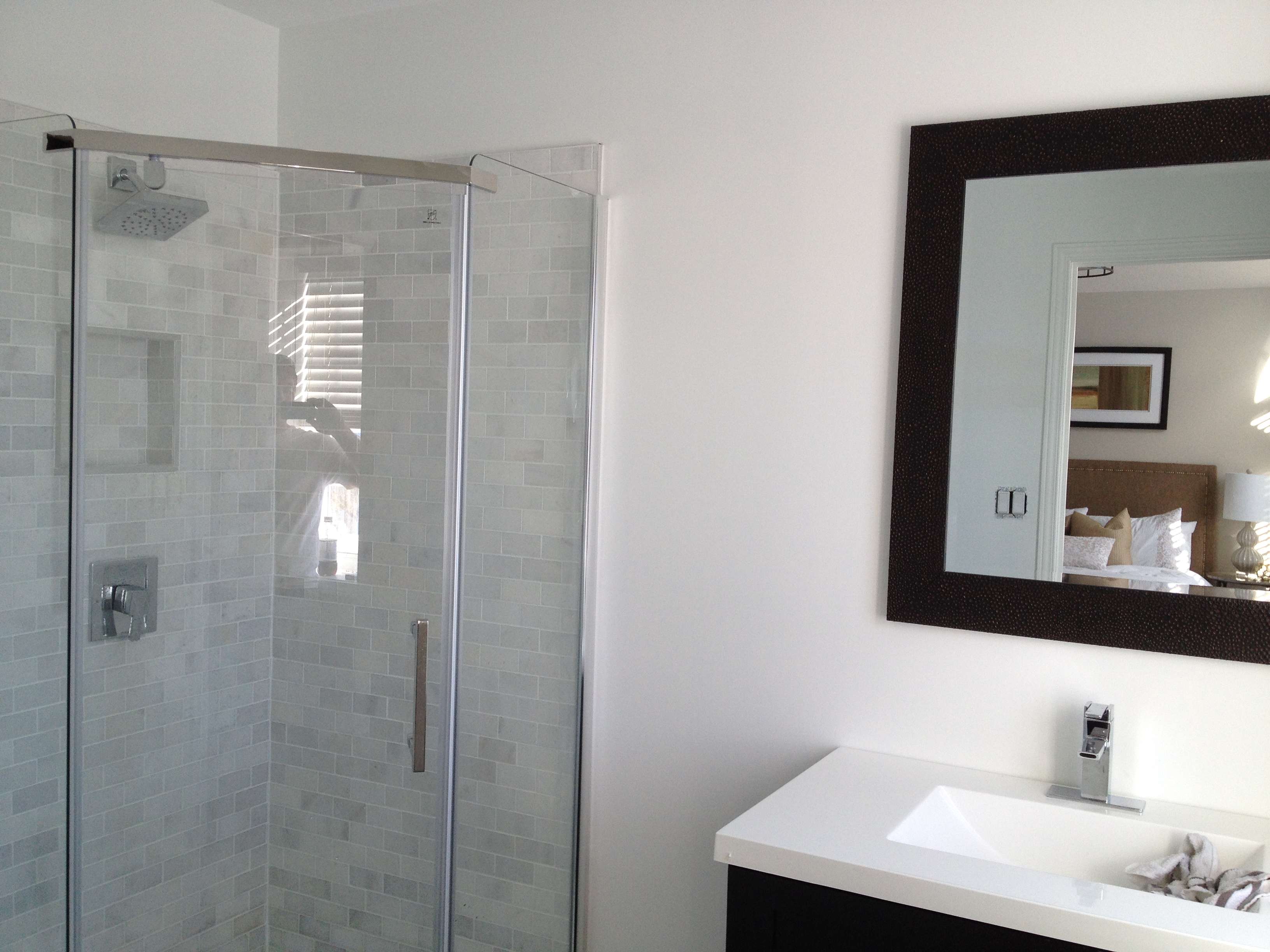 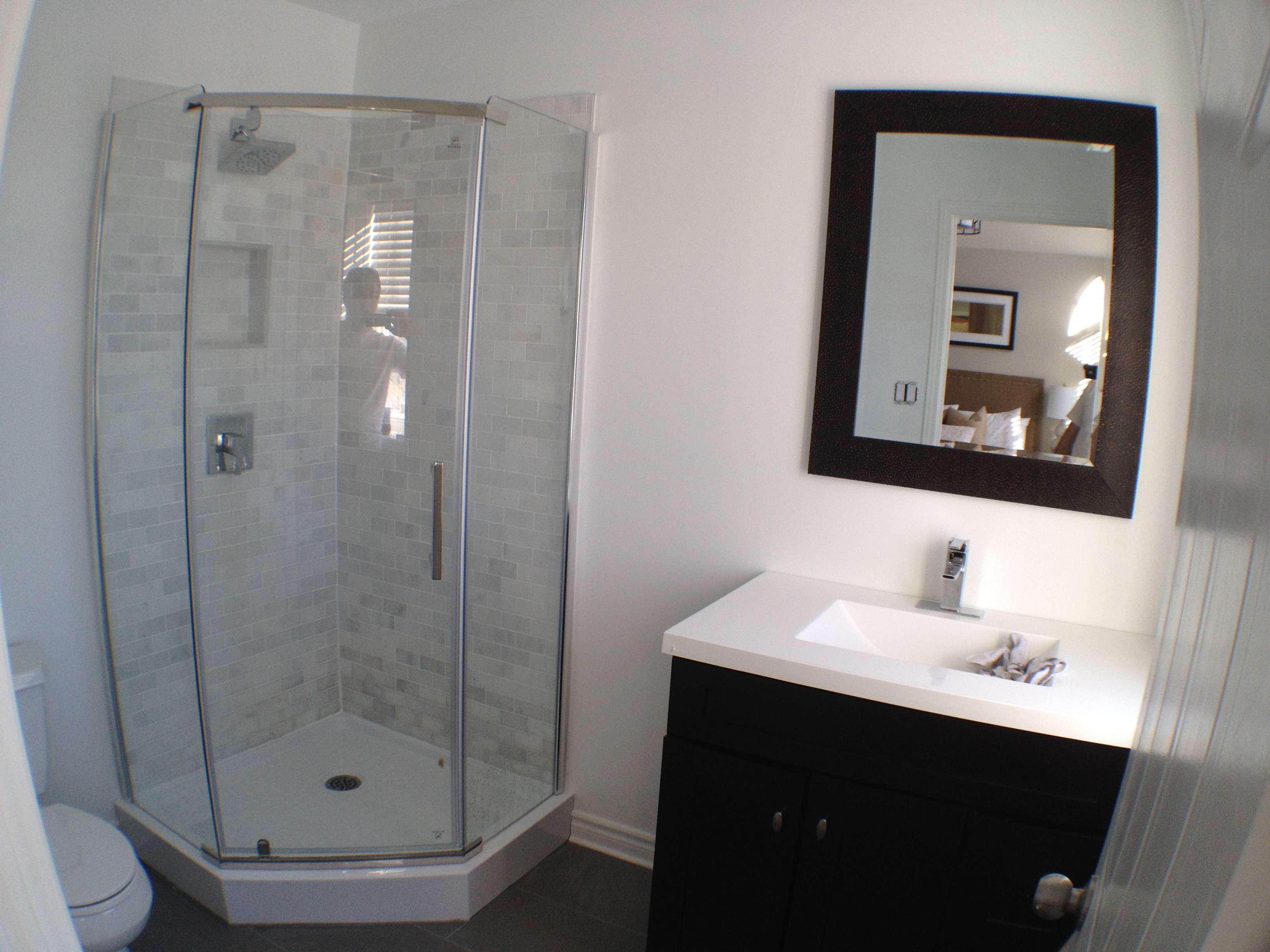